Six months after the Jersey City Employment and Training Program voted out former Gov. Jim McGreevey as their executive director, officials are now alleging that a forensic audit shows millions of dollars are either unaccounted for or were redirected to a McGreevey-run non-profit. 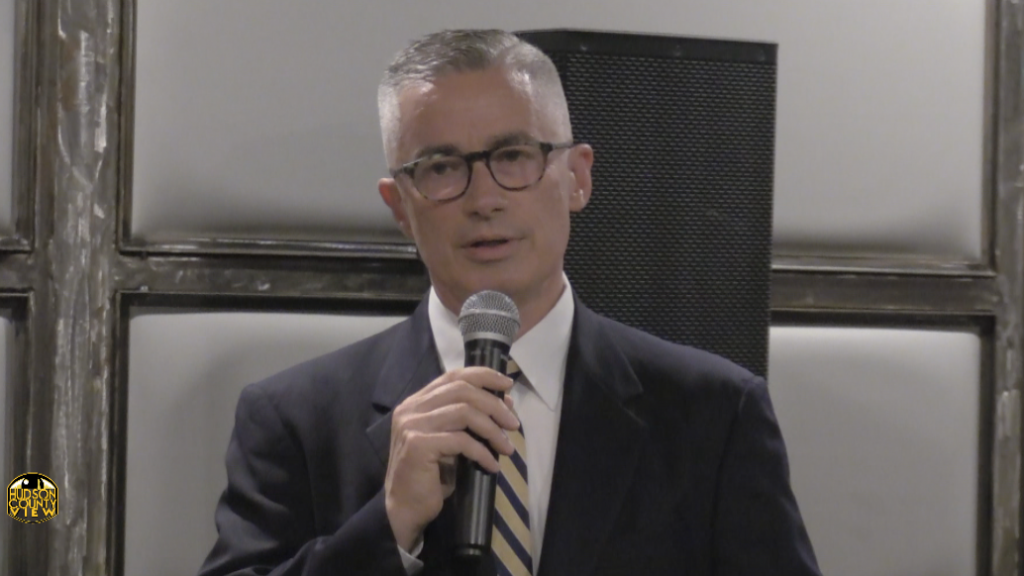 “The JCEPT Board fired Jim McGreevey because they felt there were financial improprieties,” began Jersey City spokeswoman Kim Wallace-Scalcione.

“Since then, under Sudhan Thomasâ€™s leadership, they hired an outside accounting firm and have completed a forensic audit which confirmed their suspicion of millions of dollars unaccounted for or re-directed out of JCETP and into the nonprofit run by Jim McGreevey, the New Jersey Re-entry Corporation.”

She further stated that ‘the matter has been referred over to law enforcement” and commended the board for hiring an outside auditor, as well as the council for continuing to fund JCETP.

McGreevey called the claims false and that the auditing firm was selected by Mayor Steven Fulop’s handpicked surrogates” the night he was fired.

“These claims are false. We have had audits every year both from the independent auditor and the State of New Jersey, who have given us a pristine bill of health, as we fulfilled our mission to help the poor and those in need,” McGreevey said.

“This ‘audit’ was conducted by an auditing firm selected by Fulopâ€™s handpicked surrogates on the night I was terminated solely for the purpose of justifying Fulopâ€™s politically motivated actions.”

He continued that the actual “serious impropriety” was committed by Fulop and will be unveiled soon.

McGreevey was voted out by the JCETP board back at a contentious January 7th meeting by a tally of 5-3(1).

After that vote, the board appointed Thomas as the acting executive director for a six-month period without a salary as they sought out a full-time replacement.

Speaking with HCV, Thomas confirmed that the audit results had been forwarded to law enforcement agencies, declining to name them, stating that JCETP’s “best days are ahead of us.”

“The U.S. Department fo Labor, the county and the city, along with the Board, have been very supportive through this transition. The findings of the comprehensive forensic audit report will close a dark chapter in the history. JCEPT’s best days are ahead of us,” he exclaimed.

Back in January, McGreevey attributed his termination to firing Eugene McKnight, a Ward F political operative who had backed Fulop and other candidates he supported in past elections.

â€œHe was dismissed, we were asked to talk to the Federal Bureau of Investigation â€“ unfortunately we suffer the consequences.â€

Prior to that meeting, Fulop had accused McGreevey of misappropriating funds, a claim that the former governor refuted at the time and asked for a retraction – which he did not receive.

Sources, who spoke under the condition of anonymity since they were not authorized to speak on the matter, said the audit looked at JCETP’s finances between 2015 and 2018 and “upwards of $5 million” are either unaccounted for or went to the NJRC.

A copy of the audit is not publicly available since it is currently being reviewed by law enforcement, sources also said, noting that the Jersey City Police Department is not involved.

The NJRC used to share office space with JCETP in Jersey City, but they ended up moving to Kearny a few weeks after McGreevey was removed from JCETP.

Spokesmen for the U.S. Attorney’s Office and the state Attorney General’s Office both said they could neither confirm or deny the existence of an investigation.

Fulop, Bhalla stress that LGBTQ community should be proud of who...