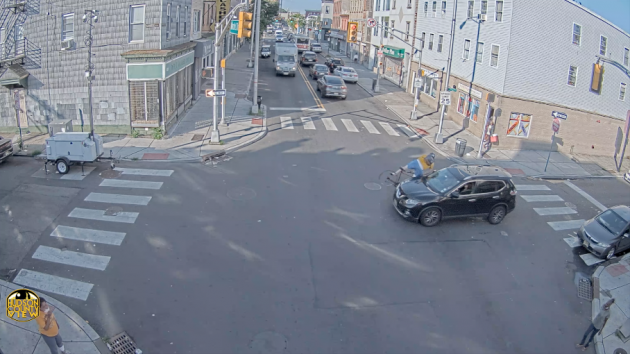 “In the video, Councilwoman DeGise demonstrated poor judgment, a disregard for the law, reckless operation of a motor vehicle, and a lack of concern for the harm she may have caused. As a councilperson, she wields the power to create laws that all citizens must follow,” they said.

“Given this criminal behavior and blatant disregard for the health and well-being of her constituents as well as the damage to the credibility of her office, we believe Councilwoman DeGise has demonstrated herself unfit for the office she serves. We urge her to resign immediately.”

The two organizations were the first to publicly call for video of the incident to be released last week, with Mayor Steven Fulop following suit on Monday.

The July 19th incident was caught on at least two city CCTV cameras and was released yesterday, showing that DeGise did not stop or appear to hit the brakes when she hit a bicyclist who ran a red light around 8 a.m. in the morning.

The councilwoman has said little outside a statement one week ago where she said she was glad no one was seriously injured and declined to comment further due to the matter being a pending court case.

“We’re grateful that the person was not more seriously injured. What the video shows is appalling. What if it had been me crossing the street with my child? The least I could hope for is that they stop and check if we were okay,” added Safe Streets JC board member Rob Howley.

This morning, Councilmen James Solomon and Frank Gilmore have already called for DeGise to step down, with a change.org petition coming online late last night.

N.J. Bike & Walking Coalition names Fulop an advocate of the...