New York Waterway, the Fire Department of New York (FDNY), and the NYPD Harbor and Aviation Units rescued passengers from a capsized boat in the Hudson River this afternoon, which was visible off of Pier A in Hoboken. 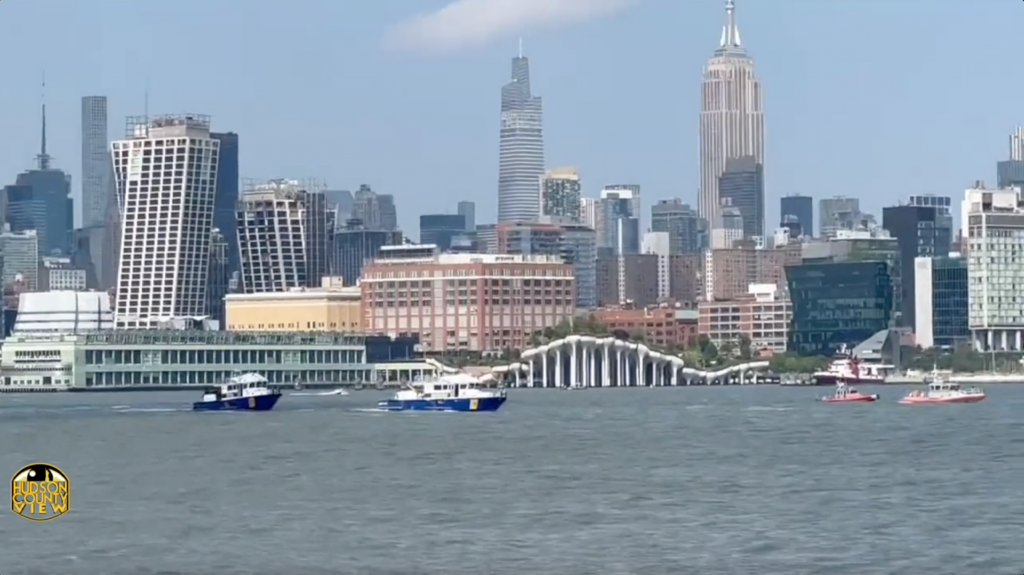 “At approx. 3pm, NYW responded to an emergency when a boat overturned in the Hudson River- north of the Pier 79 Midtown ferry terminal. 2 ferries, the Garden State and the John Stevens, arrived on the scene and their crews rescued 9 passengers,” NY Waterway tweeted about an hour ago.

“We are so proud of the NY Waterway captains and crews that leapt into action today to rescue boaters following the maritime accident in the Hudson. Their training and professionalism saved lives, as they have countless times before.”

According to News 12, a dozen people were rescued by the FDNY and NYPD. Two are in critical condition, being treated at New York hospitals.

“Heroic and fast work by @NYPDnews Harbor & Aviation units along with @FDNY Harbor Unit that appears to have rescued everyone from a capsized boat.”

This evening, FDNY Commissioner Laura Kavanaugh said at a new conference that a 50-year-old woman and a seven-year-old boy died as a result of the incident.