The North Bergen Police Department have narrowed down the possibilities of the car driven by a suspect who initiated a “vicious attack” in front of Quick Chek last week. After acquiring additional surveillance footage, authorities have narrowed down the suspect’s vehicle to an “Arizona Beige” 2001-2007 Ford Taurus, posting this above picture on their Facebook page as an example.

Officials continue to investigate a “vicious attack” that occurred on November 25 at approximately 1:00 a.m in the area of 72nd Street and Bergenline Avenue, directly in front of Quick Chek.

The victim suffered severe bodily injury during the attack, according to police.

If you have any information about the incident, recognize the individual fleeing the scene or aware of a similar vehicle in the area, please contact the North Bergen Police Department Detective Bureau at 201-392-2092. 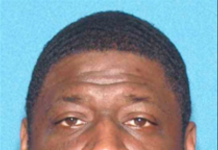