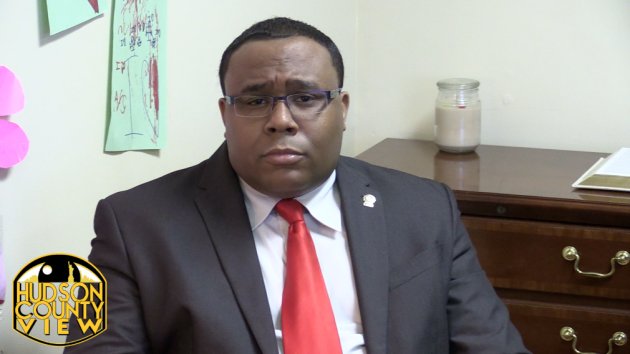 “It is with great excitement I announce my decision to withdraw from the 31st Legislative District Assembly race and announce my endorsement of Angela V. McKnight and Nicholas Chiaravalloti of the Hudson County Democratic Organization,” Morris said in an email late last night.

“After meeting with Angela and Nicholas for a discussion on crafting a unified vision for the 31st Legislative District, I believe joining forces with them is the best way to move our communities forward. We plan to work together all the way to the statehouse as well as in future endeavors.”

Hudson County View first reported that Morris would enter the Assembly race on March 19 and spoke about decriminalizing marijuana and implementing county police academies in a sit-down interview published March 28.

“Our new partnership is another step toward regaining the people’s trust and desire for leaders to work together rather than engaging in divisive rhetoric. I ask my supporters to join me in supporting Angela and Nicholas as I am confident they have a progressive vision and energy to make positive changes in our communities.”

McKnight and Chiaravalloti still face opposition in the teams of Bruce Alston and Washington Flores, as well as Joe Conte and Ray Regalado, respectively.

While the chaos has quieted a bit in recent weeks, the 31st District seen a number of unfathomable events occur during this election cycle, such as Bayonne firefighter Pat O’Brien announcing he would run alongside Alston, only to drop out and endorse Chiaravalloti 24 hours later.

Additionally, Jersey City Committeewoman Denise Ridley withdrew from the raceÂ on March 20 after receiving the endorsement of the HCDO just two weeks prior.

The biggest winners and losers in Hudson County after the HCDO...