A virtual meeting held by the Lincoln Park North Neighborhood Association regarding a potential development at 804-810 West Side Ave. in Jersey City saw residents voice concerns about congestion and affordability. 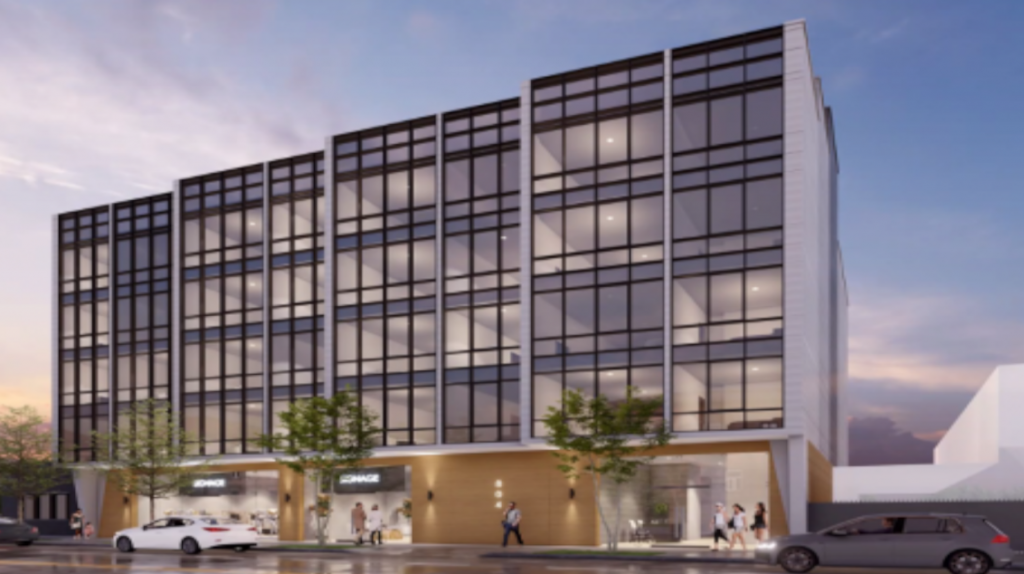 Thomas Leane, an attorney for the law firm Connell Foley representing the project, described it as an empty parking lot at a site where a restaurant used to operate.

The developer is proposing constructing a five-story building with 32 units, retail space on the ground floor, and 16 parking spaces. He explained they are seeking minor variances to allow onsite parking and move the building slightly back to create a wider sidewalk.

Architect Bob Ancheta, of the firm Hampton Hill ,said they are scheduled to go before the planning Board on Tuesday and that they are only required to have nine parking spaces.

“What consideration was taken other than reflecting light and space to tie into the character of the neighborhood?” a woman who identified herself as Kayla B asked.

“It’s a hodgepodge in front of the property. What drove our design was we were trying to make it not too heavy not too massive,” Ancheta responded.

Kayla said she thought the current design (pictured above) would actually created more “hodgepodge” since it’s so out of character compared to the rest of the neighborhood.

“I personally would like to see a nod to the historic character of our homes and our neighborhood,” she added.

Conversely, some people on the call favored the rendering.

“I actually like how this building appears. I really do think it compliments St. Peter’s,” Michael Verkhovisky said.

Charlene Burke said Jersey City should be taking a page out of Hoboken’s playbook when it comes to development.

“They seem to seamlessly mix their new development with their existing streetscape whereas Jersey City, we seem to allow developers that really don’t reflect or incorporate or complement what surrounds them.”

“I’m of two minds of the design. My concern is the entrance of the garage,” she added, noting it’s a congested area.

“What indicators do you have in place to alert pedestrians cars are coming in and out of the driveway? Parking is tight altogether in this neighborhood. Is the parking for residents only?”

Leane said the spots would probably be given to residents.

“Did you consult a traffic expert?” Prinz-Arey continued, to which Leane said they did.

Susannah Karlsson came out adamantly against the project with her remarks.

“I’m offended by the idea Ward B has no character, and there’s nothing to draw upon. I’m concerned about density. Our neighbors have been killed in the last few days because of traffic and people zooming across streets,” she began.

“The busses can’t even fit through There’s a traffic jam every day at West Side and Duncan. I want commercial development. But I don’t want it to destroy the street that I live on.”

Leane didn’t have much to say in response.

“Ma’am, I understand your concern. However, my client is proposing what they think is best.”

He said the previous restaurant on the site probably generated more traffic than a residential building would.

Berwick noted that many children typically walk to school on that block and the traffic study was performed at the beginning of the year when schools were not generating their usual street traffic.

“Hopefully, the building can be a good neighbor to add to these traffic controls,” she said.

Sergio Stifelman said there are severe congestion and density problems in the neighborhood and said the development wouldn’t make sense here and that the mayor and council have not had not addressed ay infrastructure issues in the area.

Others expressed cynicism about the process, claiming that approvals from the zoning and planning boards are simply a formality at this point, which was exasperated when Leane said the plans don’t currently come with affordable housing.

“We’re a neighborhood that hasn’t seen a lot of investment and we’re excited about that … Those parameters, those restraints are not relevant to the community,” Karlsson said

“Those issues should be raised before the board,” Leane answered.

“They will be. See you there,” Karlsson said.

“Would the pricing structured be priced for people who actually live here?” Berwick asked.

“The perception of what’s walkable is highly subjective,” Ancheta said.

According to Google Maps, it would be about a 20-minute walk to the Journal Square PATH station.

“A lot of residents outside this group share this frustration,” Prinz-Arey said.

Noting they were going before the board next week, “I would hope you reconsider that,” she said.

“I’m going to recommend we do adjourn on Tuesday and will let you know, councilwoman, what occurs,” Leane stated.

Correction: This story was updated to indicate the virtual meeting was hosted by the Lincoln Park North Neighborhood Association.

North Bergen has 14 coronavirus patients, say they will be posting...