In a letter to the editor, former Jersey City Police Chief Robert Cowan voices his opinion on why the recent controversies uncovered at the local employment and training program show that the city shouldn’t have an appointed board of education. 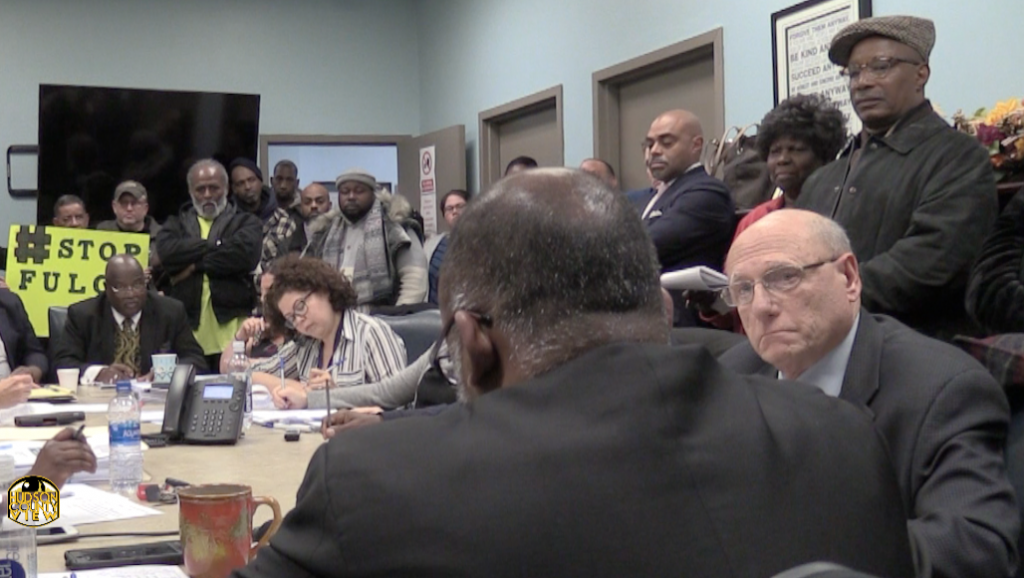 Let’s look at some facts:

Special Agent Mark Brzyzek of the Newark FBI Field Office wrote in his criminal
complaint charging Sudhan Thomas that “beginning January 1, 2019 through December 31, 2019. The members of JCETP’s Board of Directors were appointed by the Mayor of Jersey City and, in turn, voted to hire JCETP’s Executive Director.”

To be clear, anyone who does not live in a fantasy land now knows that Jersey City
Mayor Steve Fulop plays a role in who gets hired and who gets fired at JCETP.

It seems the one missing piece of this puzzle is who fired McKnight and why was he
fired?

There is no disputing the fact that McKnight is a very close political ally of Mayor Fulop: I know that to be a fact from both a personal perspective as well as media accounts.

It is also a fact that McNight is a convicted criminal: a thief who misappropriated
millions of dollars in public funds in a scheme that at the time had been called the
largest ever welfare fraud in the State of New Jersey.

it is also a fact that there are very few public jobs paying $80K, as well as benefits, that
McKnight could have been given considering his criminal history regarding public sector corruption.

I would submit that it would be reasonable for any thinking, breathing, person with a
beating heart to infer that upon McGreevy taking his position as executive director of
the JCEPT he had been instructed by Fulop to give McKnight the $80k job at the agency.

In January of 2019, McGreevey attributed his termination from JCETP as retaliation for firing McKnight.

McGreevy went on the record attributing McKnight’s termination to shaking down clients at the JCETP for a $40 a month “referral fee.”

Once again, I would submit it is reasonable for any thinking, breathing person with a
heart beat to infer while taking in the totality of the surrounding facts that McGreevey was
speaking the truth as to why he was terminated by a board which was loaded up with Fulop appointees.

On June 13, 2019, that Fulop spokeswoman Kimberly Wallace-Scalcione had made statements regarding McGreevy’s January 2019 termination, particularly:Â â€œThe JCEPT Board fired Jim McGreevey because they felt there were financial improprieties.â€

She continued by alleging â€œSince then, under Sudhan Thomasâ€™s leadership, they (JCEPT) hired an outside accounting firm and have completed a forensic audit which confirmed their suspicion of millions of dollars unaccounted for or re-directed out of JCETP and into the nonprofit run by JimMcGreevey, the New Jersey Re-entry Corporation.â€

Both Wallace-Scalcione and Thomas said that the matter was handed over to “law enforcement,” but they did not name specifically who.

On the night of his ouster, McGreevey told HCV â€œThis â€˜auditâ€™ was conducted by an auditing firm selected by Fulopâ€™s handpicked surrogates on the night, I was terminated solely for the purpose of justifying Fulopâ€™s politically motivated actions.â€

Quite frankly, these comments made by McGreevey largely align with the the structure of
power within the JCEPT.

Now on January 3, 2020, the the United States Department of Justice, in the District of New Jersey announced that Sudhan Thomas was charged by complaint with embezzling funds from an organization receiving federal funds.

Among other things, Sudhan Thomas was alleged to have utilized the embezzled funds
in order to:

a) Place in a family trust account
b) Pay for an outpatient clinic which allegedly does not exist
c) Pay for landscaping despite the fact that there are allegedly no land controlled by
JCEPT that required landscaping
d) Thomas allegedly use embezzled funds to pay his Jersey City Land lord
e) Thomas allegedly misappropriated $1,950 to pay for airline tickets to Hawaii and
another $2,096.73 to pay for a hotel in Hawaii

This is particularly troubling, since on December 19th, the New Jersey Attorney General’s Office charged Thomas with accepting $35,000 in cash bribes, with cooperating witness Matthew O’Donnell – former outside counsel for tax appeals in Jersey City – recording conversations with Thomas where he was allegedly solicited for bribes.

It is interesting to note that Fulop now wants to get rid of the elected school board and have the power to make those elected positions appointed positions that he could fill.

Fulop would then be in charge of both a political patronage empire that consists of absolute power over employment decisions and public contracts: what could possibly go wrong with that?