In a letter to the editor, Bayonne resident Melanie Flora says that despite a recent $400,000 settlement, the local zoning laws should still apply to the construction of a mosque.Â 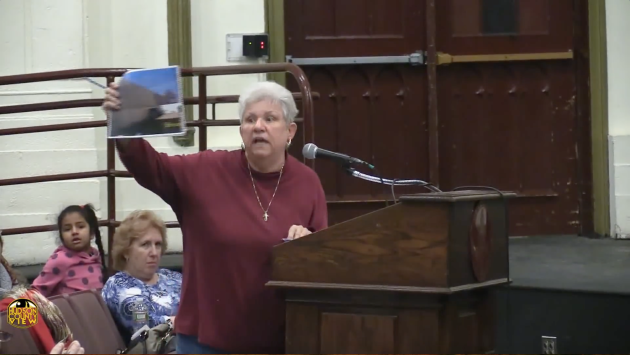 2nd Ward Councilman Sal Gullace made a statement in the paper, before the actual Mosque â€œsettlementâ€ was or had been made. How could he, the council, or the mayor know what the Zoning Boardâ€™s decision would be prior to the vote actually being taken?

Why even have a vote or waste the publicsâ€™ time attending the so called â€œpublicâ€ meeting? How could the publicsâ€™ comments have any effect, if our Bayonne leadership has already made â€œthe decision.â€

Mr. Gullace, praised the settlement for being â€œfairâ€ and â€œfast.â€ Question is, to whom is it fair? Should zoning laws, currently in place, be ignored. Should these be put aside, under the guise of racism and bigotry.

Since the beginning of the Mosque situation, Iâ€™ve read comments by some residents such as, they attended school and live here and are not leaving. Well guess what. I too, live here, attended local schools, am not leaving and also pay high property taxes.

My neighbors and myself, who live in the small congested Eastside area should be entitled to live a good quality of life and not be subjected to this type of reverse discrimination in the name of â€œreligion.â€ I must follow the zoning laws.

Why shouldnâ€™t all people be obliged to do the same, This is not a religious issue. It is strictly a zoning issue, whereby all the zoning laws should apply.

Not a set of one rules for one and another set of rules for another. It appears to me the vote has already been taken, yet it hasnâ€™t gone before the zoning board. How strange?

A recent comment from Mr. Gullace was â€œI think they need a place to pray. Everybody should have a place to pray,â€ â€œAnd if Kevin Kuhl or anyone says something else, that means theyâ€™re prejudiced.â€

I agree â€œallâ€ persons should be allowed to pray. Though I do not feel I need to justify my position let me state to the people who do not know me personallyâ€¦â€¦ I am not anti-mosque, anti-muslim, or anti-any religion.

My faith is important to me, so I can understand why others feel the same.

What I cannot understand is why this location, one of the smallest in Bayonne, was selected by the Muslim leadership, knowing that it did not meet zoning requirements, and later failed approval from the Zoning Board, is being questioned again.

If the settlement is approved, which according to the mayor, appears it will be, all the zoning issues addressed by myself and other will just get tossed under the bus. Laws should apply equally to all.

Didnâ€™t the Muslim leadership have the responsibility to check first to see if they were compliant with the zoning. Why did they not purchase this property with a contingency?

The failure to thoroughly investigate, prior to purchasing, is the responsibility of the purchasing â€œleaders.â€

Another comment I read was, â€œThink about how it affects our daily lives when we are told that we cannot build a community center in our hometown.â€

My response is, think about how my life and my neighbors lives will be effected by the influx of cars/people/noise 7 days a week, multiple times each day. Again, perhaps this is something that the Muslim leadership should have considered prior, not afterward.

The mayorâ€™s opinion of the â€œsettlementâ€ may sound good in theory, but the mayor and the others will not have their quality of life destroyed.

This mosque issue, which is strictly a zoning issue, as well as all the other â€œDEVELOPMENTâ€ on small East 24th Street is overly unfair to the Eastside residents. 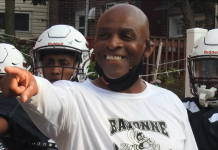