While it goes without saying that U.S. Senator Bob Menendez (D-NJ) was the biggest winner at the polls yesterday, let’s take a look at who else from Hudson County will feel a deep impact from this election cycle. 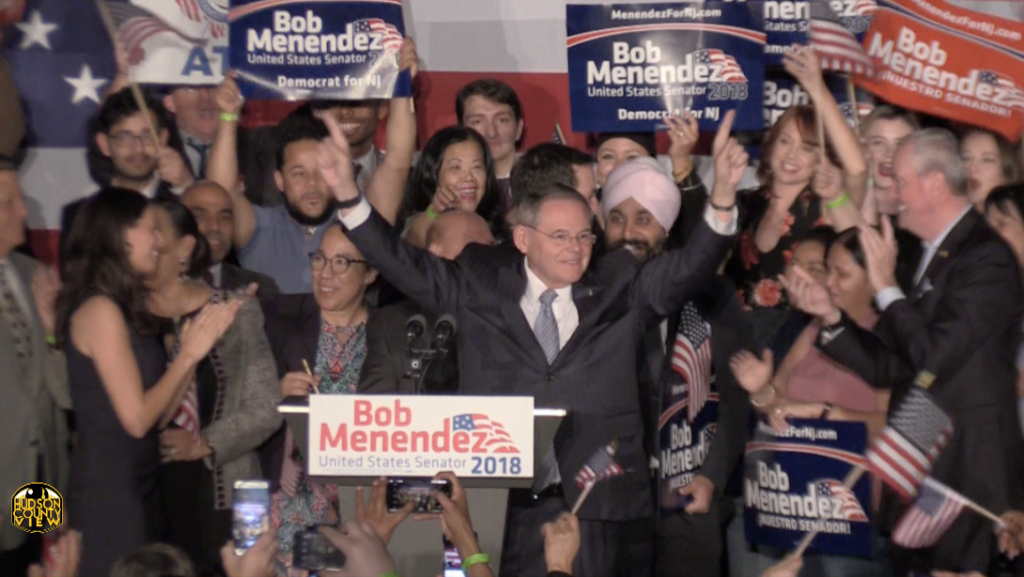 New Jersey’s senior senator was supposed to be badly wounded and on his last legs in this race, but still won by the same margin he did in 2006 (53 to 44).

Obviously, he owes a lot to a lot of voters hatred of President Donald Trump, but a win is a win and the Hudson County political power structure will remain status quo because of it.

The congressman was re-elected with ease last night and his West New York Board of Education slate, which included his wife, didn’t face any serious challenges at the polls, either.

Sires is looking strong heading into the May 2019 municipal elections where Mayor Felix Roque will face a stiff upward climb.

The Hudson County Democratic Organization chair had a very successful outing at the polls, her first where she was in charge of the local Dems, with the county bringing out 118,478 votes for Menendez.

The senior senator is supposed to dominate on his home turf, and again, Trump was helpful in bolstering turnout, but the incumbent winning by a nearly 4-to-1 margin is still a nice feather in the cap.

The Jersey City teachers union continued their dominance in school board elections, catapulting all three of their candidates over the finish line with ease.

While they enjoyed optimal ballot position, candidates backed by the JCEA have now captured eight of the past 10 BOE seats up for grabs in the past three election cycles.

The Hoboken 1st Ward councilman eagerly put his name on face on bringing back runoff elections and voters delivered big last night: passing the referendum by a nearly 3-to-1 margin.

While three years in politics is several eternities in real life, a rematch between DeFusco and Mayor Ravi Bhalla in 2021 looks pretty probable right now.

The retired U.S. Marine and former pharmaceutical CEO spent $36 million and still didn’t do any better at the polls than Tom Kean, Jr. did 12 years ago.

Hugin was a pretty solid candidate on paper and couldn’t have run a more aggressive campaign. It appears that GOP candidates just won’t be taken seriously in statewide races as long as Trump is in office.

The mayor needs to start brainstorming and game planning ASAP if he hopes to put forth a serious campaign in 2019.

The Jersey City council president was the most outspoken about supporting an anti-establishment BOE ticket and they got trounced.

He will have to do some serious tweaking and fine tuning if he decides to forge ahead with a mayoral run in 2021.

No one should be surprised that runoffs were reinstated by a landslide since the Hoboken mayor did not run any sort of campaign to prevent that.

If nothing else, this will make his life more difficult next year, as he will inevitably back a council slate with candidates in all six wards. It wouldn’t be surprising if at least three of those went to a runoff.

The Bayonne mayor and assemblyman backed a three-person BOE ticket that ran by far the most organized and professional campaign out of a crowded field of 19, yet they were only able to capture one seat.

A race with this many candidates wouldn’t have been easy for anyone, but a loss is still a loss.