In a letter to the editor, Jersey City NAACP Labor and Industry Committee Chair Willie Keaton, Jr. says that the city’s handling of the Croson Study was “a gross miscarriage of justice.”Â 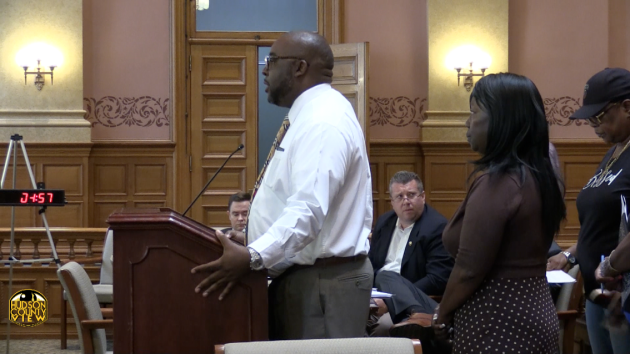 In my opinion, the handling of the Croson Study can only be described as a gross miscarriage of Justice.

After more than a year, immersed in the topic and nuances of the Croson Study (all while serving in the area most impacted by the disparity and discrimination outlined in the Croson Study), my view of human depravity has taken a turn for the worse.

Let me make my case. The Croson Study was commissioned by the City in 2007 with MGT of America and was completed in May of 2011.

The study (which cost $370,590), was designed to determine whether existing Jersey City efforts had eliminated active and passive discrimination by analyzing City procurement trends and practices from the fiscal year 2002 through the fiscal year 2008 and to evaluate various options for future development of programs.

Fast forward to October 7th, 2014, an Executive Order of the Mayor of the City of Jersey City, Created a Purchasing Disparity Study: AKA- “Croson Study Committee.”

Think about that. A â€œStudyâ€ Committee, established, to study the study. By the way the original Croson Study (which cost $370,590) came with Recommendations.

A year later, October 14 th 2015, a Strategic Plan is then created by the â€œStudy Committee.â€

The City Council approves a resolution/ ordinance adopting a Strategic Plan with recommendations as to how to correct disparity and discrimination along several areas impacting Minority Women and Business Enterprises.

In an article written in Jersey Journal October 26th, 2015 discussing the City Council unanimously approving the Strategic Plan Terrance McDonald writes; “Implementation of the committee’s recommendations could cost as much as $1 million, according to Mayor Steve Fulop, an amount he said could be offset somewhat by fines issued to developers who do not comply.”

What I’m not going to ask is, if a million dollars was actually spent to correct the disparity in Jersey City (from 2015 to the present) and let’s pretend for a moment, developers have been routinely fined by the City for not hiring black contractors.

The study also proclaimed, between 2002-2008 Jersey City paid $67.3 million in construction services. African Americans were utilized at .85% (yes less than 1 %) despite there being 20.22% availability.

My closing argument: The City has known since 2011, that Minority Women and Business
Enterprises we’re underutilized. Let me go further.

The City, has known since 2011, by way of empirical data, that an entire community of minorities and women were neglected and starved, out of the economic growth that other races and genders in the City enjoyed.

According to a Washington Post Article entitled: White families have nearly 10 times the net worth of black families. And the gap is growing: â€œIn 2016, white families had a median net worth of $171,000, compared with $17,600 for blacks and $20,700 for Hispanics.â€

In a so-called post racial society, we wonder how this type of a gap can occur. We simply look no further than Jersey Cityâ€™s handling of the Croson Study, and its offspring, the Strategic Plan.

The Study, of the Study-all the while, the wealth gap just continuing to grow and grow. The Rich get Richer and the Poor Get Poorer.

I rest my case: A Miscarriage of Justice …

The poor people of Greenville in 2018, who walk up and down MLK Blvd unemployed, do not need a campaign, they simply need representatives who, in good faith, will
make good on itâ€™s own promises and ordinances.

Come and join the NAACP April 24th 2018, 7:00pm at the Mary Bethune Center as we pursue justice as it pertains to the Croson Study and its subsequent Strategic Plan.

Chair of the Labor and Industry Committee Jersey City NAACP