A judge dismissed a lawsuit filed by Hoboken 2nd Ward Councilwoman Tiffanie Fisher that sought to nullify raising the city’s union donation limit and the city claims they will be seeking reimbursements for legal fees. 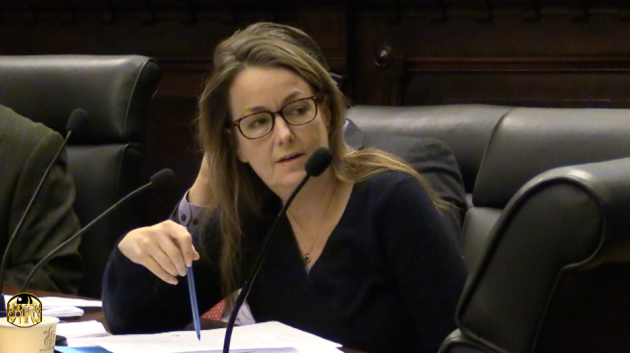 The suit, filed at the end of January, alleged that the ordinance was substantially changed by its sponsors just an hour before the vote, without any notice given to the public or a public hearing on the amendments, violating state statute.

Initially approved in December, the city council took another vote to raise union donation limits in the Mile Square City from $500 to $7,200 (the state limit) in mid-February as the case was still active.

“The city thanks the courts for swiftly dismissing this case that had absolutely no merit or cause, with prejudice. The office of corporation counsel will begin the process of seeking reimbursement from the councilwoman for legal fees incurred in mounting a defense,” city spokeswoman Marilyn Baer said this morning.

The case was dismissed by Hudson County Superior Court Judge Joseph Turula via an oral opinion on Friday.

Scott Salmon, counsel for Fisher in the matter, argued that the lawsuit was not frivilous since Corporation Counsel Brian Aloia wrote in opinion in January calling for another vote on the matter to avoid litigation.

He also pointed out that the council would not have voted again if everything had been done correctly the first time.

“In reality, this lawsuit produced a very clear and positive result for the residents of the City of Hoboken in the form of increased transparency. All Judge Turula ruled was that by reintroducing the ordinance, the city addressed the issues that Councilwoman Fisher raised. That isn’t the victory the city seems to think it is.”

Expectedly, Mayor Ravi Bhalla’s allies on the council, Phil Cohen, Emily Jabbour, Jim Doyle, and Joe Quintero chided Fisher on the outcome, calling for her to reimburse the city for legal expenses.

“Thank you to Judge Turula for seeing this lawsuit for what it was – a nonsense political stunt. Councilwoman Fisher should do the right thing and reimburse the city for its costs, and to engage with her colleagues in a productive way rather than filing frivolous lawsuits at the expense of Hoboken taxpayers,” said Jabbour.

“What’s disappointing here is that there was a missed opportunity for Councilwoman Fisher to reach out to her council colleagues to solve this issue. An issue, by the way, which was solved by a simple re-vote. Instead she jumped to costly litigation at the expense of our tax payers … Our residents expect more from us,” added Quintero.

In response, Fisher noted that prior to filing the lawsuit, she had asked Jabbour and Cohen if they would follow Aloia’s advice to take a second vote on the ordinance.

“Not a surprise that my colleagues Jabbour and Cohen have short, revisionist memories. I asked in a public forum if the sponsors WOULD follow the advice of counsel and reintroduce the ordinance. Jabbour was silent and Cohen said he didn’t agree it was warranted,” she said.

“And in an HCV interview when asked again Jabbour said she was fine with how things were. The legal process worked as it forced the city to take corrective measures to ensure transparency and the public’s voice being heard, which was acknowledged by the judge. I’m happy with the outcome.“

Editor’s note: This story was updated with a comment from Hoboken 2nd Ward Councilwoman Tiffanie Fisher.

Fired up for a political fight, DeGise sounds off on ‘tin-horned...