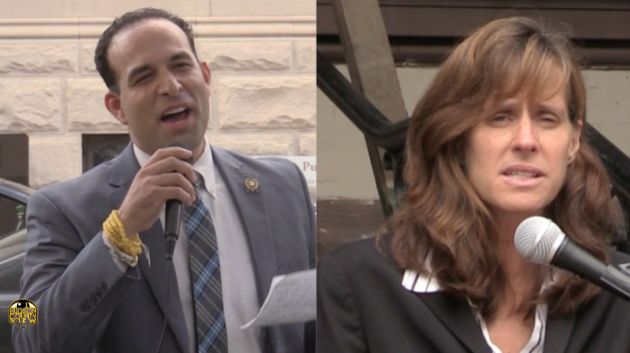 “PlaintiÌff’s complaint has since added numerous facts to support Mayor Zimmer’s involvement as a conspirator in the racketeering actions necessary to support an NJRICO claim.”

The ruling says that the allegations in Garcia’s complaint claiming that Zimmer used government resources, particularly the Hoboken Housing Authority, to retaliate against Garcia are substantial enough for the racketeering charge to be considered by the court.

The judge also did not dismiss Zimmer and/or Grossbard from the suit, since Garcia provided “factual support” in his complaint to support allegations that Grossbard acted with Zimmer to “threaten, harass and to terminate Garcia’s employment.”

Additionally, D’Alessandro referenced 2013 emails between Grossbard and then-HHA Chairman Jake Stuiver as evidence that he expressed opinions regarding Garcia’s contract.

Hudson County View was the first media outlet to release any of the emails in question, and although Grossbard did suggest terminating Garcia in a March 11, 2013 email to Stuiver, the advice was not heeded and Garcia was not terminated until August 2014.

At a chaotic special meeting of the HHA at City Hall, Garcia, then also a state Assemblyman, was terminated by the board with no specific reason provided.

This resulted in Garcia filing suit against various current and past members of the HHA, as well as Zimmer and Grossbard.

HHA Chairwoman Dana Wefer had previously condemned Garcia for the way he handled the agency’s expenditures, particularly their procurement policy – which was also criticized by the U.S. Department of Housing and Urban Development – but Garcia was quick to deny any wrongdoing or impropriety.

As Hudson County View first reported, Garcia filed the third incarnation of a lawsuit regarding his termination in May of this year, though the HHA fired back with their own claim: alleging that the then-agency chief violated the procurement policy since four HHA contractors contributed to his Assembly campaign.

By August, Louis Zayas, Garcia’s attorney, was pushing to move the litigation to federal court since the HHA’s suit referenced a number of HUD regulations.

Zayas and Victor Afandor, the attorney representing Zimmer and Grossbard, did not immediately return inquires seeking comment on Tuesday.