The Journal Square Community Association is hosting a fundraiser next week as part of an effort to “Open the Arches,” referring to the mile-long stretch of unused railway known as the Bergen Arches, to create a new highline-style park in Jersey City. 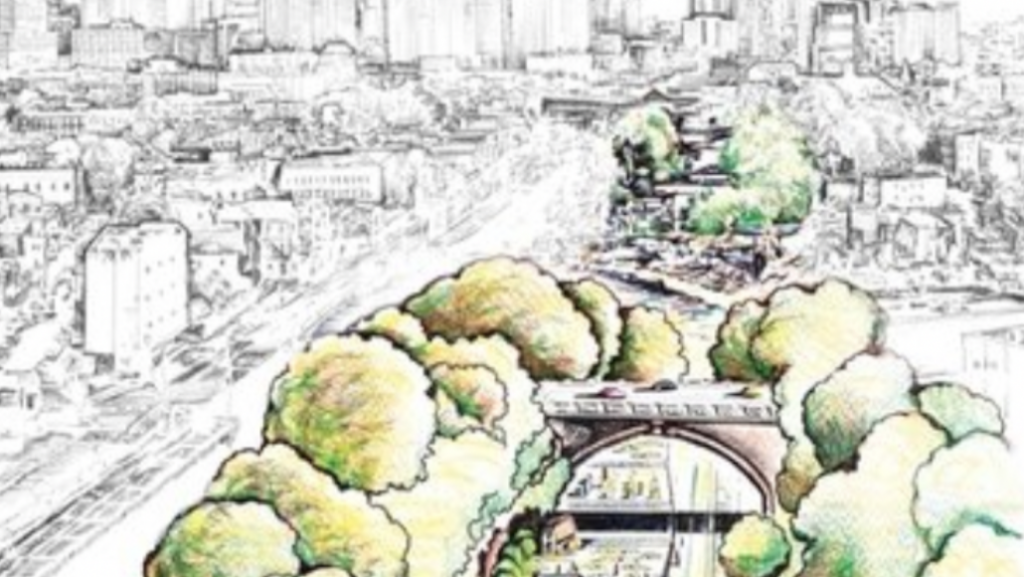 â€œThis is an opportunity to give the community the green space that it so desperately needs,â€ said Bill Armbruster, the chairman of the Journal Square Community Associationâ€™s Bergen Arches Committee, said in a statement.

The fundraiser has already attracted four title sponsors that have each contributed $5,000
to support the cause: KRE, Namdar Group, Connell Foley and C.H. Martin, the JSCA.

â€œThe Bergen Arches sit on the edge of Journal Square, and transforming the space into a Highline-style park would be a unique and significant advancement for the community,â€ added Mayor Steven M. Fulop.

â€œThis would provide much needed space for our community to get around in a safe, comfortable and active way, all while preserving a historic asset and advancing our efforts toward Vision Zero.â€

Fulop, along with Ward C Councilman Rich Boggiano, who represents the Journal Square area, are scheduled to speak at the speak at the event.

In its heyday, four train tracks operated in the 5,000-foot long, 85-foot deep canyon running from Palisade Avenue to Kennedy Boulevard. The Erie Cut, as it was called, is now
commonly referred to as the Bergen Arches.

The name refers to the seven iconic arched bridges and tunnels that traverse the length of the expanse.

In the 62 years since the last train rumbled through the Bergen Arches, and despite
numerous studies to evaluate the landâ€™s worth as a transportation corridor, the property has been neglected and all but forgotten.

As a result, nature has transformed the once busy railway into a tranquil urban woodland.

Event organizers hope that beyond raising the necessary capital to successfully lobby for
the former railwayâ€™s conversion into publicly accessible green space, that they will also raise awareness about the spectacular natural asset running right through the heart of the community.

â€œUpon setting foot in the Bergen Arches, it feels like youâ€™ve left the city and teleported to
the Catskills. Itâ€™s a unique asset and experience that can only be found in Jersey City,â€ asserted architect Vincent Marchetto, who has spearheaded the Community Associationâ€™s Open the Arches Initiative.

Two ticket options are available for the Thursday evening event: General Admission tickets for the performances are $25 with doors to open at 7:00 p.m. and Early Admission tickets priced at $35 which include a pre-show hors d’oeuvre happy hour from 5:30 to 7 p.m.

Early admission ticket holders will be able to sample a diverse selection of culinary offerings from a variety of Journal Square-based restaurants.

Hoboken officials boast up to $300k in savings after completing energy...