Jersey City Ward C Councilman Rich Boggiano, at one point considered a staunch political nemesis of Mayor Steven Fulop, is the 7th incumbent that will be a part of the mayor’s re-election bid next November. 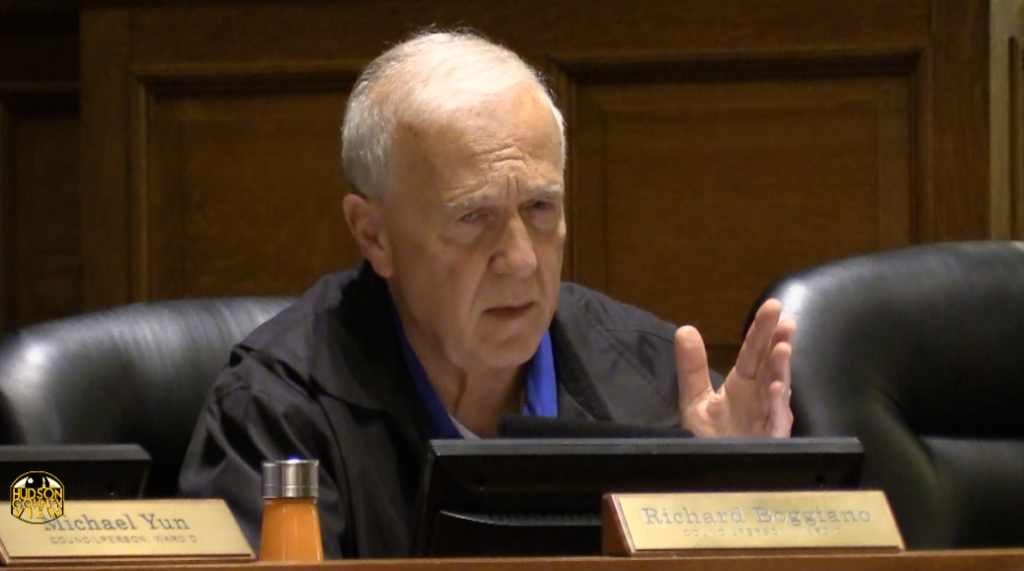 “I’ve never met another public official who is as tenacious a defender of his neighborhood and what makes it special than Rich Boggiano, and I’m excited to have him officially join our team and strengthen our ticket heading into next year’s election,” Fulop said in a statement.

“By working together instead of opposing each other Rich and I can do much more to move Ward C forward, like making major improvements to Pershing Field, partnering with the County of Hudson to build a new Journal Square park and working with neighborhood advocates to build a world class performing arts space at the landmark Loews Theater. I’m glad that we were both able to put the past behind us and move forward together.”

While Boggiano was long considered a sure fire no vote on the council against the Fulop administration, the mayor’s campaign points out that, in recent memory, Boggiano and Fulop were on the same side on regulating AirBnb, as well as veterans and public safety issue.

The Journal Square councilman easily defeated the candidate backed by Fulop in the 2017 runoff election, John Hanussak, and won as an independent in 2013 – besting then-Ward C Councilwoman Nidia Lopez, who had the backing of Fulop.

Fulop and Boggiano, both former Marine and the latter a retired Jersey City police detective, were staunchly against defunding the police this year, which didn’t end up happening during the council’s vote on the budget.

“It’s no secret that Mayor Fulop and I haven’t always agreed on everything, but I have gained a lot of respect for him over the course of the last eight years and have come to recognize that Jersey City is in good hands with his leadership in City Hall,” Boggiano added.

“We both share a vision for making sure Jersey City is always a great place to live. That means keeping our neighborhoods safe, making sure housing is affordable for middle class families, providing excellent services and always keeping our city moving forward. I know that Mayor Fulop believes in the same values.”

In February, Fulop kicked off his re-election bid by announcing that Council members Joyce Watterman, Daniel Rivera, Denise Ridley, Mira Prinz-Arey, and Jermaine Robinson would run with him again in 2017.

Appointed Ward D Councilman Yousef Saleh then won the November special election in definitive fashion, paving the way for him to join the team next year.

The other two members of the council, Ward E’s James Solomon and Rolando Lavarro, who hold an at-large seat, have made it clear they won’t be running with the mayor in 2021.

Lavarro has indicated an interest in running for mayor, but remains undecided, while attorney Rob Menendez, Jr., the son of U.S. Senator Bob Menendez (D-NJ), is another name commonly floated as a potential Fulop challenger.

This afternoon, Lavarro chided the announcement in a text message to HCV.

“Mayor Fulop is quite the deal maker. But the question that needs to be asked is what is the impact of this deal on residents. They’ve lost any semblance of independence in their representation, and as the councilman himself was fond of saying, ‘That’s a disgrace.'”

Editor’s note: This story has been updated with a comment from Councilman-at-Large Rolando Lavarro.

Tale of the Tape: Roque vs. Rodriguez highlights field of 16...