Jersey City Public Safety Director James Shea said that public service off-duty detail jobs for police officers could return in 2020 during an interview explaining the future of the program. 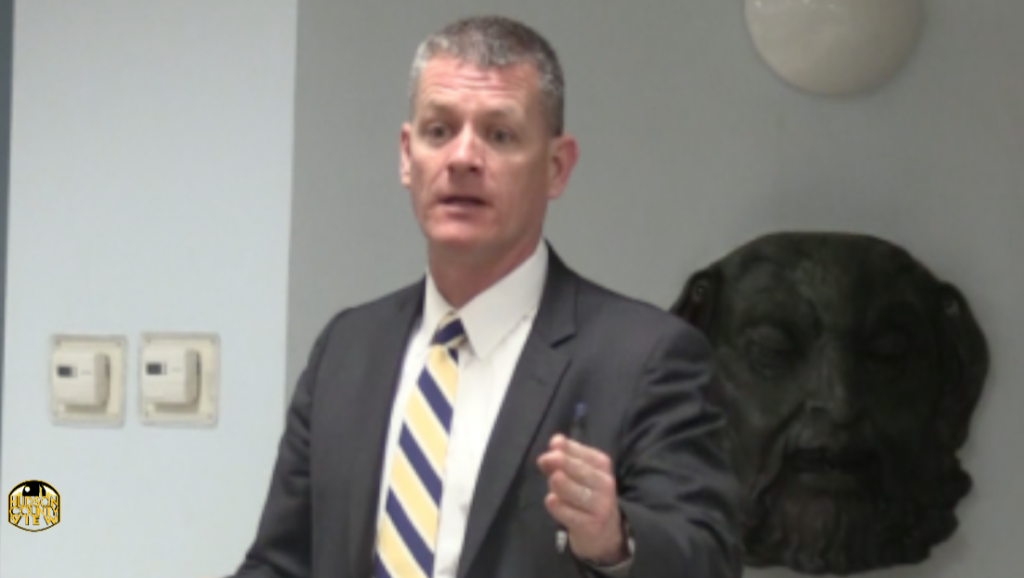 “First off, no resident or person doing business in Jersey City, unless necessary per the state traffic rules, will have to hire a Jersey City police officer. What we’re going to do is make them available,” Shea began during a phone interview this afternoon.

At a press conference in February 2018, Shea and Mayor Steven Fulop announced that they were halting off-duty details in light of a probe by the U.S. Attorney’s Office looking into no-show jobs by Jersey City cops.

Officials also noted at the time that the program needed to be revamped completely since it had cost the city $16 million in 2017.

Today, Shea also noted that the program has slowly began coming back recently with officers being assigned to locations such as the Jersey City Medical Center and the Newport Mall, with public service jobs potentially returning as soon as the end of December.

When asked what has been adjusted since 12 officers were charged and/or pleaded guilty for abusing the off-duty program – including former Police Chief Philip Zacche – the director said that officers will no longer be in charge of assigning or overseeing the details.

“[Police Director] Tawana [Moody] and her office will be assigning the details based purely on seniority and the oversight of officers will be done out of the Department of Public Safety,” Shea explained.

“We want to avoid favoritism and even the appearance of impropriety.”

Previously, off-duty assignments were made by a “pick coordinator” designated for each district.

Furthermore, Shea said finding a balance between an officer’s desire to make some extra money and still serve in their formal role as a public servant remains key, also pointing out that construction sites and private firms will no longer be eligible for detail assignments.

“It had just become habit that you had to hire these officers and it’s expensive. We want to make sure they’re getting what they pay for and they actually need it,” he continued.

“The companies that do business want to hire police officers want to provide the best possible protection for their patrons and we’ll make officers available to them. I’m confident that if run correctly, this can be a win for everyone involved.”

Based on preliminary conversations with Moody, Shea says he anticipates officers interested in off-duty work will be able to sign up for one or two jobs a month, likely at four- to eight-hour shifts per assignment.

O’Dea: All bids for new county courthouse likely to be rejected...