The Jersey City Via ridership numbers have seen a significant increase since the program launched in late February, especially in Ward F, officials said today. 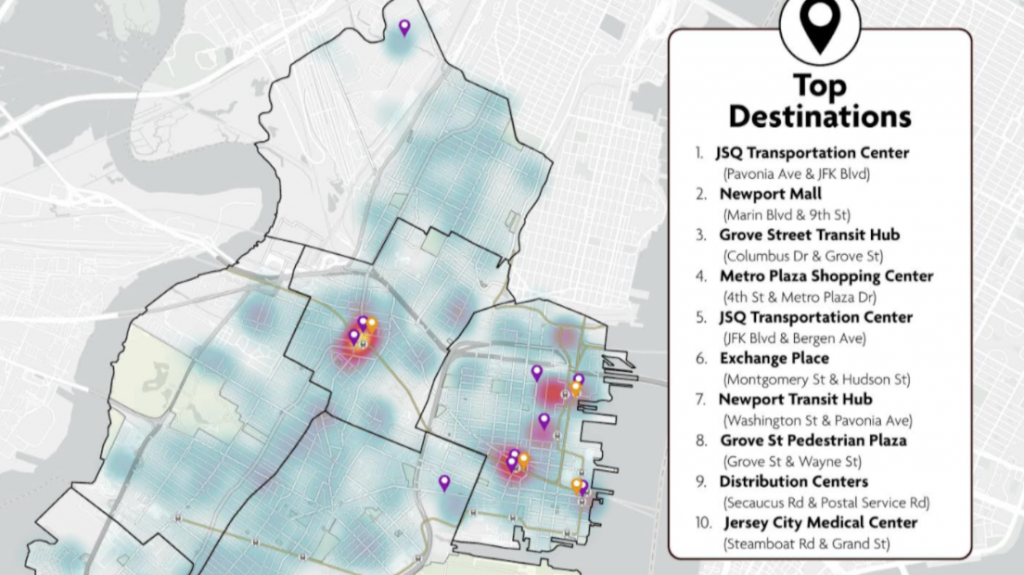 At $2 a ride, in the third quarter of this year – August 24th through November 20th – ridership eclipsed pre-pandemic levels with a 78 percent increase and growing.

Due to demand, the city’s Via fleet was expanded in the third quarter from 17 to 26 vehicles, including electric vehicles.

“Despite launching right as the pandemic struck, Via Jersey City is breaking ridership records and connecting the exact communities we targeted with more affordable service to close transit gaps, increased access to jobs and education, improved connectivity, among countless other opportunities,” Mayor Steven Fulop said in a statement.

“The data shows our low income and diverse populations are benefiting most. Via is one of many examples of how we are addressing the most stubborn of issues that urban areas traditionally face by taking an outside-the-box approach to overcome these difficulties and improve quality of life for our community.”

Most Via riders originate from the west and south sides of Jersey City, with top destinations being key transportation hubs and shopping/business districts.

To that end, low income and minority groups make up a majority of the riders, based on the results of a rider survey where nearly half of Via’s passengers (47.32 percent) identified as Black or African American and 22.32 percent identified as white.

This data reflected passengers that were surveyed during the month of November.

Furthermore, preliminary results show that more than half of all participants fall into the income bracket of $50,000 or less.

“We partnered with Via to expand and improve transportation options throughout the city, with a focus on neighborhoods that had inadequate service. Via JC continues to meet and exceed our ridership, efficiency, and quality of service goals,” added Brian Platt, the city’s former business administrator.

Additionally, the city says 138,000 Via rides have been completed during that time frame.

“Mayor Fulop and his team have set an example for municipalities across the country as they take on unprecedented social and economic challenges and work tirelessly to improve quality of life for those with the greatest need,” exclaimed Via CEO and Co-Founder Daniel Ramot.

“This starts with providing accessible and equitable public transportation, and we are proud to see the clear, positive impact that on-demand public transit, powered by Via’s technology, is having on the community in Jersey City.”

770 Jackson St. PILOT deal ‘has no effect’ on Hoboken charter...