“Remember when I endorsed you back in November of 2012, we couldn’t get this kind of crowd into the room,” O’Dea recalled at a Zeppelin Hall Biergarten fundraiser for Fulop last night – in front of a crowd of about 200 people.

When it still appeared that Fulop would be a competitive Democratic candidate for governor, O’Dea was one of the most likely picks as his successor in City Hall, showcasing his strength with a massive fundraiser packed with politicos in August.

That is until last night, where the veteran Jersey City politician pointed to an increased commitment to public safety, stable taxes and diverse development throughout the city as clear cut indicators of Fulop’s success.

Fulop, who also thanked Council members Rolando Lavarro, Frank Gajewski, Jermaine Robinson and Daniel Rivera, as well as his wife Jackie, for their continued support, said he’s happy what the city has achieved under his watch – but there is still plenty more to do.

“Our work is not done. We have four years worth of work in order to make Jersey City what we know it can be. We’ve done a lot in the past four years and I think they’ve touched upon that,” Fulop began. 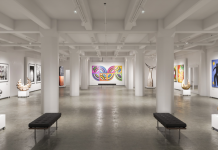