The Jersey City Council discussed a resolution asking the New Jersey Department of the Treasury to study the efficacy of funding the public schools by creating an up to one percent local income tax. 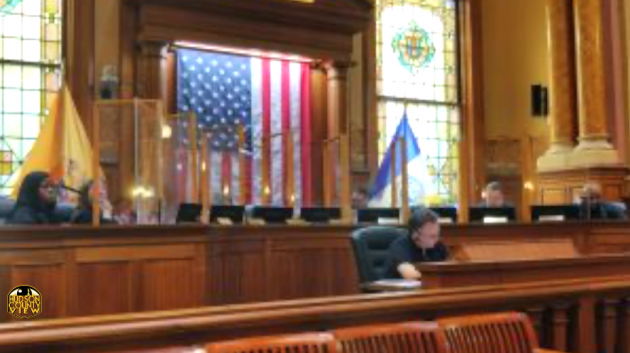 “This resolution is just essentially requesting the New Jersey Department of the Treasury to do a study,” Ward F Councilman Frank “Educational” Gilmore, who is sponsoring the measure, said.

“Ultimately, it may turn out to be something we can’t do … or we might be able to do a half percent. It’s just a step in the right direction to make sure our kids are taken care of.”

Ward C Councilman Rich Boggiano noted New Jersey created a sales tax, an income tax, and a lottery in the past, all with the justification that the money would go towards education and none ever really came to fruition.

Gilmore replied that he sees this as an opportunity to start fresh.

“This is a study to see the potential. I don’t think there really has anything to do with the others.”

Boggiano did not agree.

“We passed three state laws over the last 20 years … and nothing has been done. People with one-, two-, three-, and four-family homes are being crucified in this city,” referring to the recent tax increases in the BOE budget, including about a $1,600 hike in this year’s preliminary spending plan.

Boggiano continued that the collaboration between the council and BOE last year to discuss their ongoing financial issues also didn’t bear any fruit.

“I was put on the Finance Committee. I’ve contacted the board of education several times. They never got back to us. Something has to be done.”

Ward B Councilwoman Mira Prinz-Arey was more open minded, but still had questions.

“Should this move forward, I would like to understand reciprocity for people who live in Jersey City and work in another state,” she noted.

“After we get the study, then we all have clarity on the language that would be put in. This is just the first step,” Gilmore said.

While supportive of trying to find money for the public schools, Ward D Councilman Yousef Saleh argued that the working class would be a picking up the tab here.

“I think this is a good conversation to have. I don’t feel as though the public would find this palpable, like another tax. This is just going to be another tax on hard working people,”he said.

He further stated that said very wealthy people are often compensated outside of their salaries, noting that Amazon CEO Jeff Bezos makes a relatively low salary.

“It comes from a good place where we’re trying to fund our schools, but I think we should look at the recreational cannabis. I also think we should look internally. The use of our vehicles across our city needs to be looked at; every city department, the entire fleet. That’s been a concern for me lately. I think we need to find cost-cutting measures internally,” Saleh added.

Gilmore responded that’s it’s simply a study that comes at no cost and that should “be a lay up,” though he still found resistance in getting his colleagues on board.

“We can ask both of those questions Rich. You bring up a great point. As a council, we create a resolution to ask the state to do a study. We can have more dialogue to make sure everyone is making into the tax. It shouldn’t be one versus the other,” Gilmore replied.

Boggiano said the state should have to answer where the money from those other three initiatives went calling it “an absolute joke,” while Councilman-at-Large Daniel Rivera said he saw no harm in conducting the study.

Guttenberg BOE planning to reopen as scheduled next week after positive...