The Jersey City Council removed an ordinance, moved by the administration, that would have updated the city’s traffic control manual, decried by the local police union as a move to scrub off-duty job rules that would allow flagmen to replace cops in different scenarios. 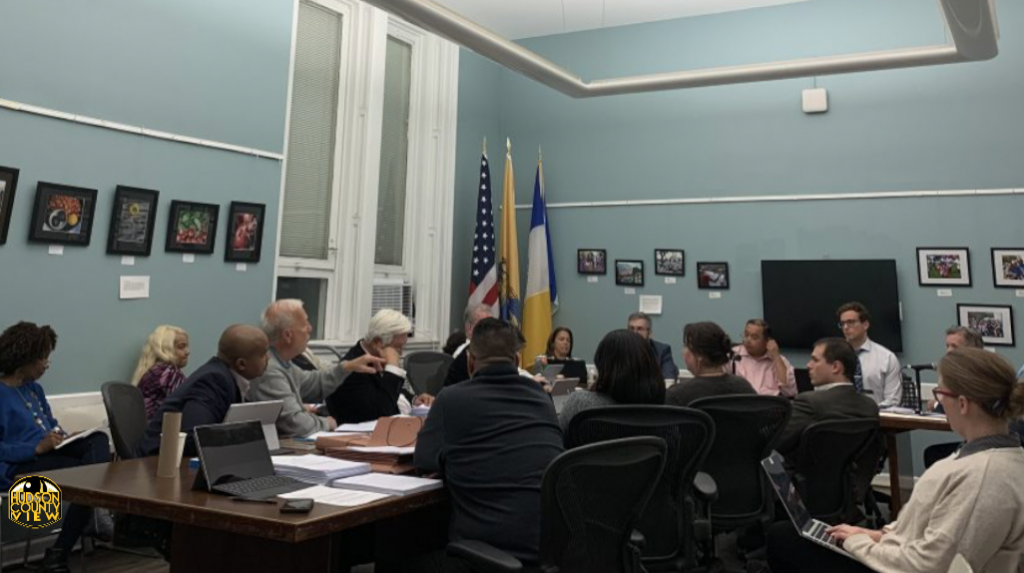 The current traffic control manual, which has not been changed since 1995, is more than 60 pages long.

Last night’s ordinance, if introduced and eventually passed, would have adopted a new manual about 11 pages long that, notably, would have removed language that off-duty work for traffic management be done by Jersey City police officers.

The ordinance was withdrawn at last night’s caucus meeting upon a request from Councilman-at-Large Daniel Rivera, who said there were concerns from the police union that the manual was “drastically reduced.”

“They were a little perplexed because the traffic and engineering department didn’t speak with them about some of the changes that were made,” he said.

“… There’s obviously an attempt here to try to scrub the city’s laws of the mandatory requirement as they go into litigation,” Council President Rolando Lavarro said, adding that off-duty work “should reside with police officers.”

In February 2018, Mayor Steven Fulop announced the curtailing of off-duty jobs, citing a number of ex-cops who admitted in federal court that the program was at the center of a no-show jobs and bribery conspiracy.

The police union later sued, and argued that the move to halt off-duty jobs was illegal because the council had not repealed the existing ordinance regarding the off-duty jobs.

Both parties have have filed for summary judgement and a hearing is scheduled in Hudon County Superior Court for Dec. 13.

The new traffic manual that briefly made an appearance on the city’s agenda for tomorrow’s meeting would only require police officers in instances where “traffic control indications are being overridden.”

Flagmen would be able to handle other scenarios, such as where construction equipment is blocking traffic lanes and/or sidewalks, or when there are alternating traffic lanes.

A city spokeswoman said the move to update the traffic manual was to “ensure construction companies operating within the city are in compliance with all local and state guidelines, and will better explain the proper procedures to do just that.”

It is not entirely clear if, or when, the new manual will be reintroduced.

Ward C Councilman Rich Boggiano, a retired Jersey City police detective, said the council would hold off until the police union can sit down with officials from the traffic and engineering department.

“They want to make sure that certain things with the police off-duty can be done,” he said.

“Everything should work out … the union has to sit down with traffic and engineering department and possibly the police director … if everything works out it will come back again.”

Jersey City man in jail for drug dealing conviction will get...