IBEW Local 164 is backing Rob Menendez in the 8th District congressional race, praising his continued support of labor unions throughout the campaign. 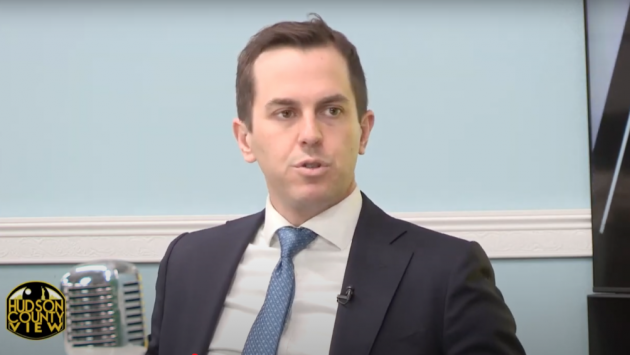 “To put it simply, we are endorsing Rob Menendez because he gets it. Rob has made support for unions and our right to organize a core tenet of his campaign,” IBEW Local 164 Business Manager Daniel Gumble said in a statement.

“He knows that unions like ours provide financial security and a path to a stable living to so many men and women in New Jersey, many of them immigrants just like Rob’s grandparents. With him in Congress, IBEW and hard working families throughout the 8th Congressional District will have a bona fide fighter who will always advocate for us.”

Local 164 includes more than 2,000 electricians, active in Bergen, Hudson and Essex counties on residential, commercial and industrial projects, and more than 700 telecommunications workers contracted throughout the state.

“Unions uplift families to a stable living. I am proud to accept the endorsement of IBEW Local 164, and to be a supporter of the critical work that Dan and his team do every day to strengthen working families in the 8th Congressional District,” added Menendez.

“IBEW’s work on securing project labor agreements and in their apprenticeship projects has ensured that generations of union workers receive fair compensation and attain safe working conditions. Our cities and towns are built on the labor of workers represented by IBEW Local 164 and in Congress I will work to ensure that organized labor retains the right to organize and to continue to fight for working men and women. Strengthening families is at the heart of this campaign.”

Local 164 members have provided highly skilled electrical and telecom installations, repairs and maintenance on some of New Jersey’s most significant construction projects.

Menendez, an attorney, Port Authority commissioner, and the son of U.S. Senator Bob Menendez (D-NJ), is the odds on favorite to succeed U.S. Rep. Albio Sires, boasting the support of Democratic leaders in Hudson, Union, and Essex Counties.

He is also the only candidate with any labor endorsements thus far, which also includes AFSME New Jersey Council 63, the Communication Workers of America (CWA), and the Hudson County Central Labor Council.

He has two declared June 7th primary challengers in Brian Varela and David Ocampo Grajales, while Ane Roseborough-Eberhard has filed petitions with the state.