The Jersey City Council heard Mayor Steven Fulop weigh in on the Centre Pompidou project, as well as his proposed $620 million budget that comes with a tax decrease during today’s caucus meeting. 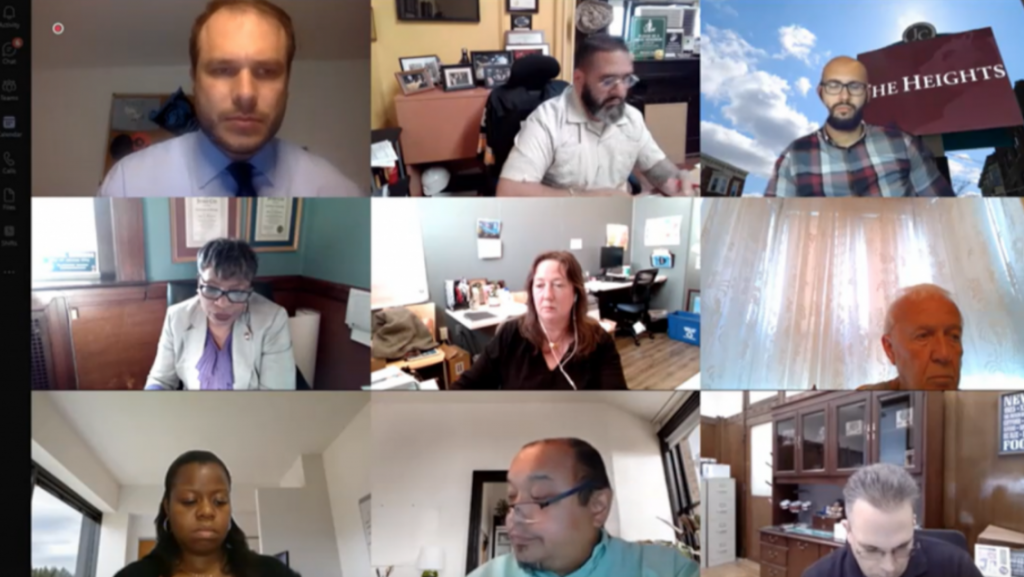 “Some of you have asked about ticket revenue: we have a lot of flexibility around that, we’ve seen in Shanghai and Brussels – it’s significant dollars. You’re talking about millions of dollars and hundreds and thousands of people visiting each exhibition,” the mayor said.

He continued that the new business and the new jobs this would create is projected to earn the city $33 for every dollar that invested, calling this endeavor “a huge opportunity for the city.”

Councilman at-Large Rolando Lavarro asked if it’s accurate to say that the city will be paying Pompidou $6 million a year to the Pompidou Center once it opens (estimated to be 2024), along with a one time fee that adds up to over $5 million.

“Yeah, because there’s a scaling up obviously with consulting, and with access to their collections, with programming, so it gradually scales up between Phase 1 and Phase 4. And we’re pretty comfortable with budgeting, that we’re gonna be able to afford that,” Fulop explained.

“And when you factor in, like I said, the ticket sales, the opportunity for surcharges around there and the unique opportunity for this to act as an economic driver, we think the investment is relatively small relative to what the city gets.”

The mayor also indicated that the current plans include featuring Jersey City historical artifacts and local artists’ work at the museum.

Later, Fulop answered questions from Ward E Councilman James Solomon, stating they’re working on getting state funding from the New Jersey Economic Development Authority (EDA) to secure the renovation of the Pathside Building, which has a projected cost of anywhere between $10 to $30 million.

At Wednesday’s meeting, the council will vote on the first reading of a measure to allow a $82 million worth of bonding, including $15 million towards the Pathside.

Additionally, Solomon said he was curious what would happen in a scenario where the five-year contract would be up for renewal and the Centre Pompidou backs out.

” .. My concern is the scale of investment for an anchor institution makes sense, then my worry is we make the investment and who knows what happens with the French government five years from now, seven years from now and they just end their satellite partnerships across the world.”

Fulop responded that the French government is fully supportive of the museum, noting that they don’t take commitments like this lightly and that embassy officials coordinated with the city for the initial announcement earlier this month.

Furthermore, Councilman-at-Large Daniel Rivera and Ward D Councilman Yousef Saleh noted that they would also like to see commitments for public school children, as well as youth involved in cultural and arts programs, to benefit from the Pompidou.

Fulop said Jersey City residents should be allowed free admission, “but we’ll cross that bridge when it comes.”

Regarding the budget, the mayor’s office announced on Friday that his preliminary municipal spending plan would give the average household a $967 tax decrease, which was made possible at least in part by $69 million from American Rescue Plan funding.

“We tried our best to take the feedback many of you provided along the way … I think you were all part of the conversation earlier in the year when we shifted some of the garbage collection to the MUA so that taxpayers could participate in that,” Fulop said.

He reiterated that the budget was structured to minimize the impact of the garbage tax and provide a tax cut while focusing on social services, recreation, and public safety.

“This is the official handoff of the proposed plan by the mayor to the council,” Business Administrator John Metro said. He noted they would schedule hearings on the budget.

Metro also highlighted the full expansion of the recreational programs for the city and the youth to pre-COVID levels.

“We will not see any layoffs or vast employee changes. We do have dollars allocated to cover our pandemic expenses and associated needs,” he noted.