The Jersey City Council again saw debates about the merits of increasing salary ranges for city directors that would make them more in line with other large New Jersey cities such as Newark during yesterday’s caucus meeting. 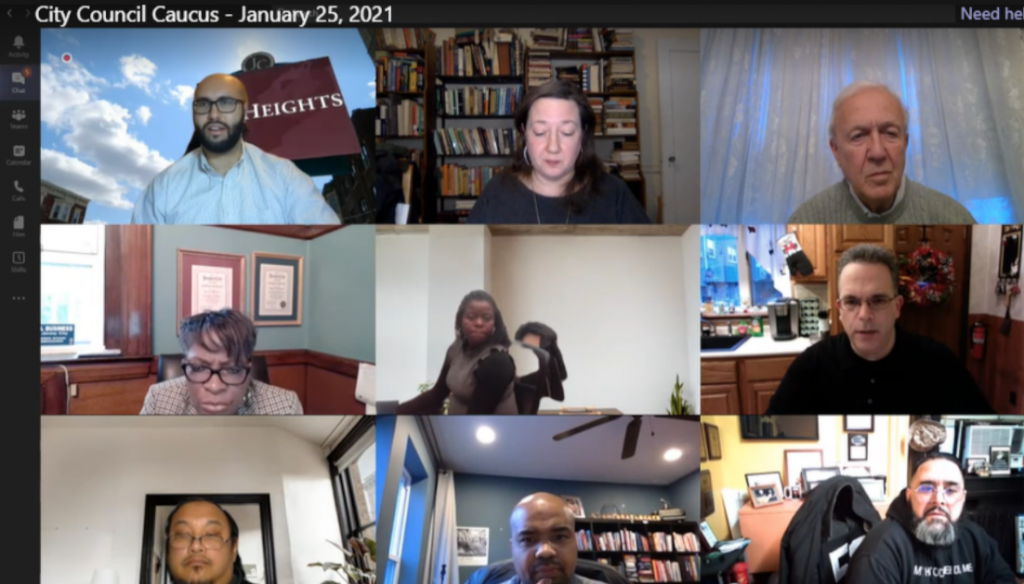 That led to some back-and-forth between him and Councilman-at-Large Rolando Lavarro, who asked his colleagues to vote the ordinance down on Wednesday.

City Clerk Sean Gallagher responded that he felt that characterization isn’t exactly what the council will be voting on, which would remove fixed salary ranges for the business administrator, CFO, corporation counsel, and other department heads.

“It removes the [current] salary range and puts directors in competition or within range of what Newark has. It doesn’t necessarily grant a raise.There’s nothing that compels a salary increase,” he said.

“Try to sell that to the Jersey City public,” Lavarro shot back.

He said that believing the ordinance won’t result in salary increases was akin to the line “I have to bridge to sell somewhere,” remaining firm that approving such an ordinance sends the wrong message to residents.

If approved on second reading tomorrow, the city could incur up to $240,000 more in annual expenses if each eligible employee received their maximum pay raise – for example, the BA would be eligible to earn a yearly salary of $260,000.

The Jersey City Council will convene via Microsoft Teams tomorrow at 6 p.m. for a regularly scheduled session.