After West New York Mayor Felix Roque was unexpectedly indicted for the second time in three years on Tuesday, the question that needs answering is: does a savior exist for West New York?Â 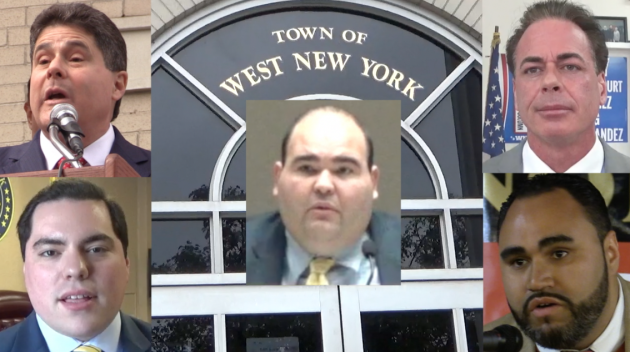 West New York Mayor Felix Roque officially pulled off the career renaissance of a political lifetime on May 12, given that his political ticket pulled off a clean sweep over the West New York United team – headed by Roque ally turned enemy Count Wiley – in the municipal election.

While Wiley himself was 612 votes away from playing spoiler, he was the only member of his slate to break 2,000 votes and the end result never really seemed to be in doubt on Election Day.

Three years prior, the pain management doctor had been arrested by the FBI on federal hacking charges, allegedly concocting a scheme, along with his son Joseph, to take down the website recallroque.com – which, obviously, was not favorable to the mayor and his administration.

Although Munoz wore a wire during a meeting with Roque prior to the indictment coming down, and also testified in Newark federal court, the jury seemed to write it off as political nonsense and Roque was acquitted of all charges.

All of a sudden, Wiley and former Mayor Sal Vega’s political power grabÂ (per Hudson County TV)Â came to a screeching halt.

Eventually, Vega decided he didn’t feel like raging against the machine anymore and got a $60,000 job as High Tech High School’s director of transportation.

Wiley fought until the bitter end, but still came up short.

With that in mind, Roque’s attorney in his latest criminal case, Christopher D. Adams, has already called the state Attorney General’s charges against Roque – alleging he accepted $250,000 in bribes and kickbacks – “ridiculously false.”

Between that, and the vigor (as well as the money he was willing to dish out) in fighting the charges last time, it’s a forgone conclusion Roque will not be resigning.

Still, with rumors swirling that backroom deals are taking place between Hudson County Democratic Organization big wigs regarding the mayoral potential of Commissioners Cosmo Cirillo and Gabriel Rodriguez, this seems like as good a time as any to evaluate the political players in the game.

Remember when some of you texted, called and emailed me complaining that you couldn’t live life anymore with West New York being this boring after the election? Yea, that’s really funny now. 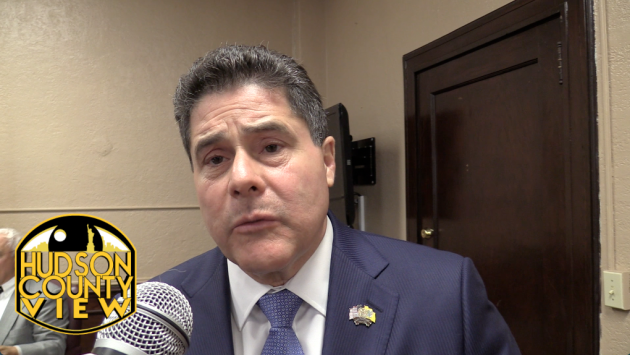 Not a whole ton to add here, other than that the incumbent – a retired army colonel (maybe you’ve heard before?) has the finances and the mental fortitude to go to trial and leave this one up to a grand jury again.

Clearly, the allegations are of a much more serious nature this time around, but us common folks are left to play a guessing game regarding what kind of evidence the state AG’s Office has in their hands.

The only way I could possibly see a resignation here is if the state AG or the FBI levies another indictment with similar, but separate charges. At that point, the HCDO would likely have to pull the plug for the sake of the greater good – which is Jersey City Mayor Steven Fulop for governor in 2017.

That’s a big if of course, but it’s certainly within the realm of possibility.

In the event that doesn’t happen and Roque walks out of court unscathed yet again, he still has to worry about another recall effort that could potentially have a lot more steam than the unsuccessful one led by Wiley in 2013.

Though maybe not, as that would require the opposition working together and, up to this point, that’s proven to be impossible in West New York.

Another plus for Roque is that he was the top vote getter on May 12, so at least as of then, he still has a sizable amount of community support.

It seems like just yesterday that Roque was throwing his unequivocal support behind U.S. Sen. Bob Menendez (D-NJ) as his indictment came crashing down. 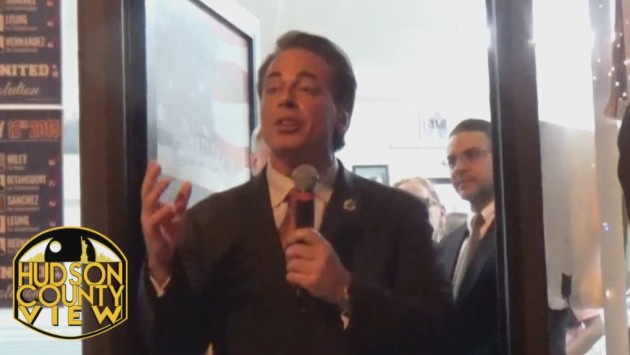 Wiley has been uncharacteristically quiet since the Election Day defeat, though he told Politicker NJ that he is “coming back” when Roque’s indictment was made public earlier this week.

In the event that Roque’s mayoral seat is vacated, Wiley is still a long shot, given that his team showed an inability to both fundraise and organize leading to their spring time showdown with Team Roque.

The timing is also not exactly ideal for Count, as his father, James Wiley, just testified in Hudson County Superior Court this week as part of the trial of North Bergen Department of Public Works Supervisors Troy Bunero and Francis Longo.

A state AG investigator and Count’s dad seem to disagree on what a shared services agreement is or isn’t in regards to having your office painted.

But actually, that seems to be small potatoes in the grander scheme of things, with the elder Wiley also revealing that he wore a wire at North Bergen Bruins football games and even at a function at Vainieri’s Funeral Home as recently as February of this year.

James Wiley pleaded guilty to conspiracy to commit official misconduct back in September 2012 for having NB DPW workers perform personal chores at his home.

While trials are almost never pretty, I actually believe the issues of money and organization will be bigger factors as to what Count Wiley’s next move in West New York politics is.

The issues with his dad and North Bergen are, believe it or not, probably non-factors for the average West New York voter – who will probably never read this: or even go on this website at all.

The biggest questions are: can he, or does even want to, get serious about raising money and getting an anti-Roque army together while his biggest political adversary is wounded yet again? 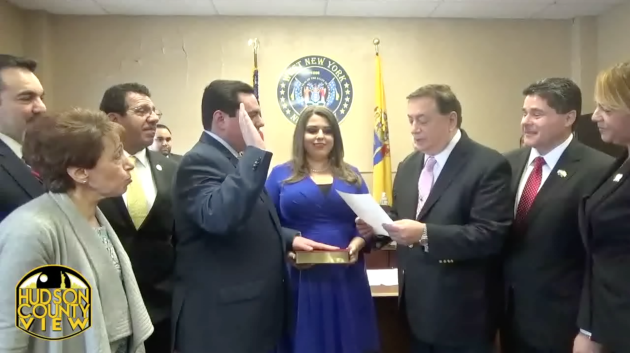 Cirillo, at the ripe age of 28, has been involved in West New York politics for at least half of his life and is generally pretty sharp when it comes to local governmental issues.

For that reason, as well as his close alliances with North Bergen Mayor/state Senator (D-32) Nick Sacco and Assembly Speaker Vincent Prieto (D-32), Cirillo is openly being referred to by a significant number of the anti-Roque brigade as the next mayor.

The biggest snag here comes from the fact that he’s also the protÃ©gÃ© of Vega, which probably meansÂ U.S. Rep. Albio Sires (D-8), a former West New York mayor, would not allow that to happen.

The bad blood between Sires and Vega has been public knowledge for many years now and is strong enough that some wondered is Cirillo would ever make it onto the board of commissioners.

Obviously, he did, and has since gotten elected after his appointment in February.

Also keep in mind that Prieto is a childhood friend of Roque, which was mentioned during anÂ interview where Prieto, Sacco and Weehawken Mayor Richard Turner spoke about the latest charges against the WNY mayor, so it would be tough to envision him being a part of the process in replacing his fellow Cuban-born political ally.

Additionally, Cirillo, a former Chief of Staff for Assemblywoman Angelica Jimenez (D-32), is known as more of a team player kind of guy than anything else, so don’t expect him to stake his claim for the mayor’s seat any time soon. 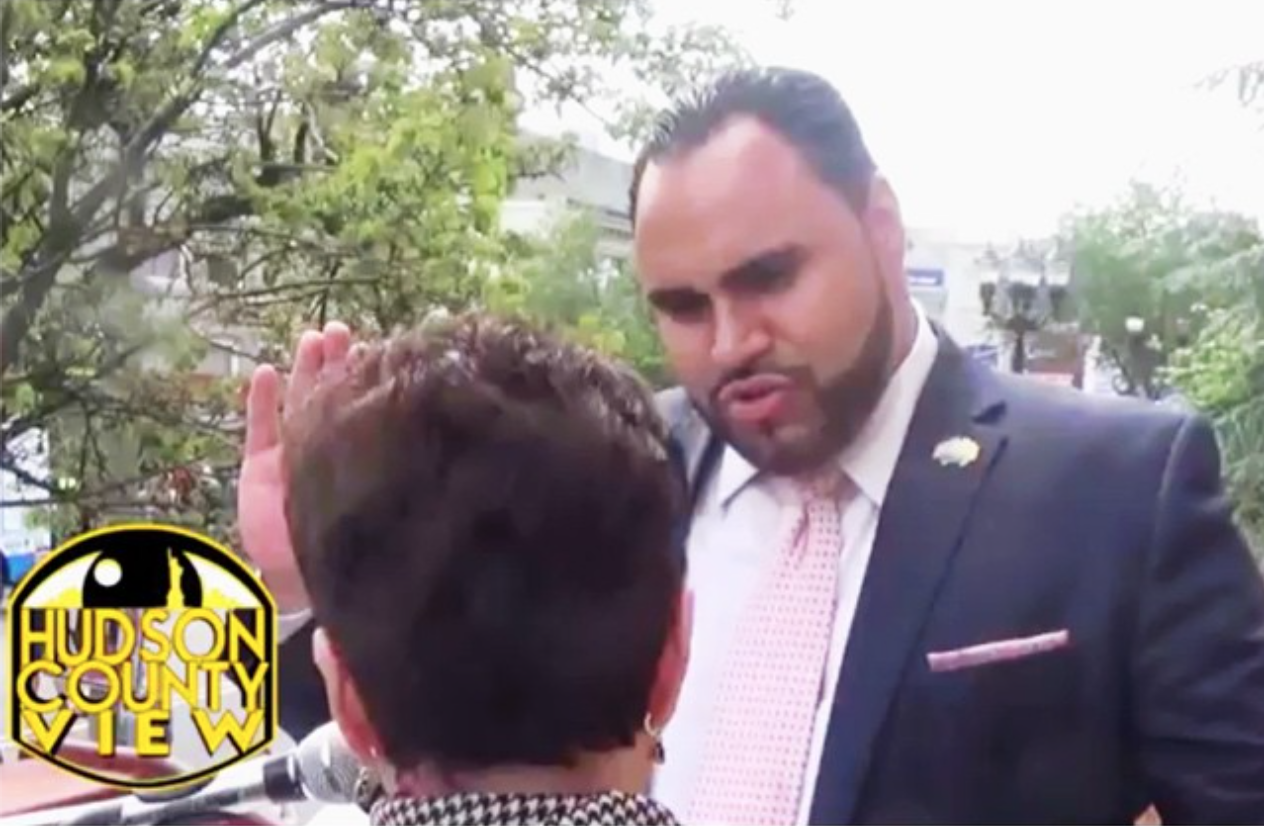 Rodriguez, a former field representative for Sires, has kept a pretty low profile since being appointed in January.

He hasn’t really said or done anything completely remarkable or totally stupid, a fairly positive thing for a brand new official (particularly in West New York) and, additionally, he has been a constant presence at HCDO functions ever since.

While I can’t tell you how active he was or wasn’t in the streets that day, I can tell you the common denominator is Erica Daughtrey: Sires’ communications director who typically gets involved with HCDO-endorsed candidates during election time. She was also in Chiaravalloti’s office when I stopped by.

So anyway, the Rodriguez for mayor campaign is an interesting proposal since Albio typically hasn’t been shy in throwing his support behind the candidate he wants – regardless of what the HCDO says or does.

Although a formal endorsement wasn’t given out, Sires backed Roque when he took Vega out of the mayor’s chair in 2011.

He formally supported Roque for re-election back in April, but some HCDO insiders believe that was mostly because he didn’t think any other candidates running against him were capable of pulling off an upset.

Should Sires and Turner, who is also Sires’ chief of staff, decide at some point there is enough blood in the water to start getting their organization to fully mobilize behind Rodriguez, things will get very interesting. 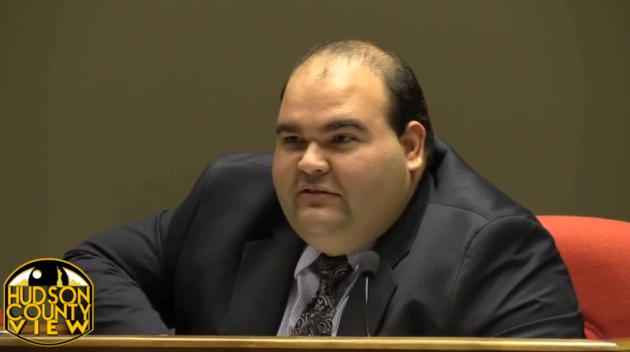 As I outlined earlier, Munoz is Roque’s arch nemesis and the two are basically willing to knuckle up in the middle of the street until someone drops at this point.

Unfortunately for the former freeholder, his political capital is on the downward swing right now, given that he decided to endorse West New York United in the eleventh hour and is dogged by a bizarre sign-ripping scandal (h/t The Jersey Journal)Â that now rests with a grand jury.

Like Wiley, his political bank account is a little on the lighter side and his fundraising capabilities remain a question mark.

However, his ability to pound the pavement for the sake of a campaign, as well as to trade political power punches, is second to none among West New Yorkers. He’s also not big on sleeping during election season.

Given his backstory with Roque alone, he remains an intriguing political opponent for the incumbent, despite currently being mired in a cloud of uncertainty.

Munoz sent Hudson County View an email on his thoughts regarding Roque’s indictment earlier this week, but it doesn’t answer any questions about his political future.

I have received dozens of calls, emails, and texts with a common theme – that I have been vindicated. I look at it differently. First, he is innocent until proven guilty and if he is guilty, then he must atone for his actions. Second, I feel bad for his family and for those that believed in him and continually gave him their support and trust. We all make mistakes, it’s part of being human. The difference is whether it’s premeditated. If premeditated, it will surely affect others in a negative way. That type of mistake doesn’t deserve an “oh I’m sorry, it was a misunderstanding.” Time will tell.