Hoboken Mayor Ravi Bhalla revealed that he and his family have received death threats since he was elected in light of a security breach at City Hall last night. 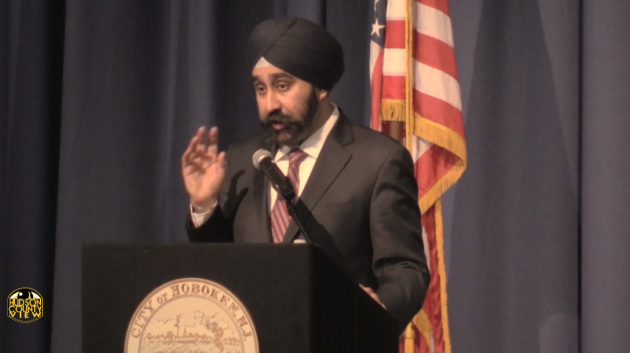 According to city spokesman Juan Melli, a man entered City Hall shortly before 8 p.m. last night and told security he needed to use the restroom after going through the metal detectors.

While Bhalla was not in his office at the time, his deputy chief of staff, Jason Freeman, observed the man throw a bag with an object in it towards the administrative assistant’s desk before running out of the office, Melli said in a media release.

“This incident, along with death threats to me and my family, is an unfortunate reminder that we need to take security seriously,” Bhalla said in a statement.

“The Joint Terrorism Task Force has evaluated City Hall, and we have been working to implement their recommendations for physical and procedural changes to improve security for all employees in the building.”

“We take incidents like these incredibly seriously and will continue working to ensure the security of the mayor and everyone who visits City Hall,” he said.

Melli, Bhalla and Ferrante could not be immediately reached for further comment.