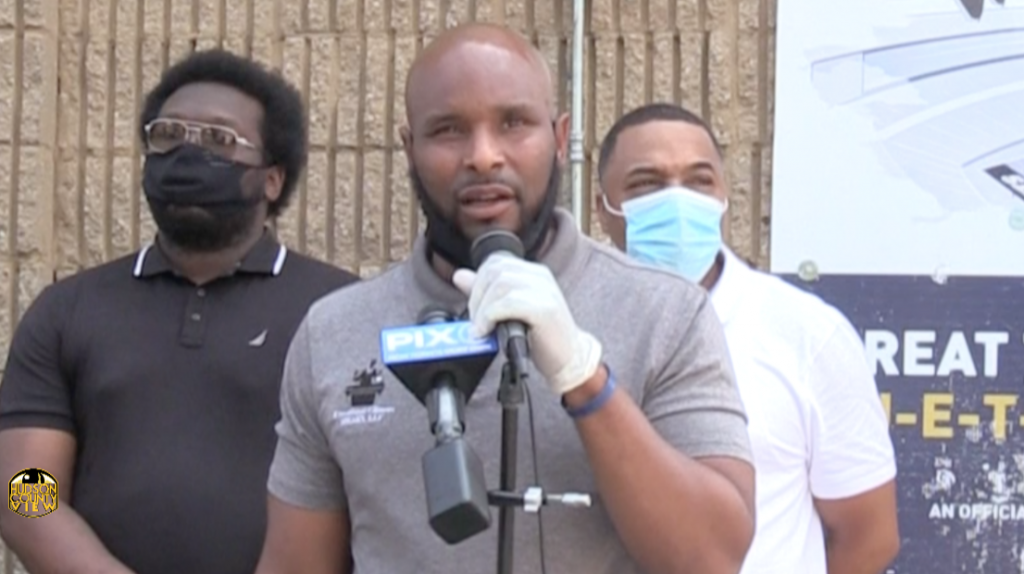 Gilmore filed a D-1 form with the New Jersey Election Law Enforcement Commission (NJ ELEC) on Tuesday, according to their online database.

Michael Griffin, one of five candidates who was bested by Robinson in 2017, will serve as the chair of Gilmore’s campaign.

“The timing is not traditional, but everything with me is about honor and legacy and given that it’s Black History Month … we decided to announce in February,” Gilmore told HCV over the phone.

“Moving the conversation from affordable housing to affordable home ownership is a big priority. I’d like to create a program where houses and properties can go towards the community and recreation will be paramount to anything. I’m just of the opinion that there isn’t enough for recreation and youth enrichment.”

Robinson has been a proponent for a STEM rec center that would be a part of the Morris Canal Manor project, though that is now tied up in litigation filed by a community group alleging the development is only possible through “illicit spot zoning.”

Gilmore continued that he thinks Robinson “is operating in a box” and has not been providing proper representation to Ward F as a whole, also pointing out that he voted for a city budget that decreased recreation funding – the department where Gilmore works.

While he endured a tumultuous youth, being arrested 31 times as a minor, 10 times as an adult, and dealing drugs as a teenager, Gilmore founded the Educational Gilmore Community Learning Center at 135 Monticello Ave. a few years ago.

Those efforts have gone well beyond the local news, receiving $50,000 and two years of free rent at his learning center from “The Ellen Show” in December 2019.

“If I had it my way, I wouldn’t run for office, but with this second chance at life, I’m gearing it and dedicating it towards doing the work in the community. Even if it doesn’t advance me personally, I’m indebted to them.”

The Jersey City municipal elections, where the mayoralty and all nine council seats are on the line, will be held on November 2nd.