While the Jersey City mayoral election is nearly 10 months away, Mayor Steven Fulop and his two main challengers have all fundraised at least six figures, with the incumbent boasting a sizeable early lead. 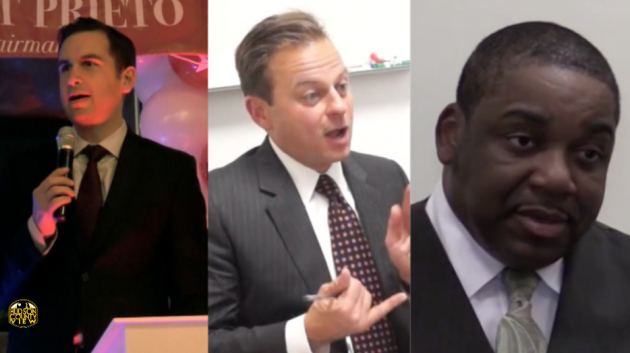 According to reports recently filed with the New Jersey Election Law Enforcement Commission (NJ ELEC) that were just made public today, Fulop has a robust war chest of $327,088 between his mayoral campaign, his council slate and the Jersey City Democratic Organization.

Former Jersey City Corporation Counsel Bill Matsikoudis, Fulop’s main rival in the race this far, raised $73,250.30 during the same time frame, according to a January 18 filing.

He had a much stronger fundraising effort in the third quarter of last year, bringing in $160,622.72.

Deducting campaign expenses, the Matsikoudis campaign has $204,016.33 at their disposal, compared to $292,560.91 between the three aforementioned campaign accounts being utilized by the Fulop camp.

Meanwhile, ex-Assemblyman Charles Mainor’s campaign has delivered on fundraising the six figures he promised, however, the overwhelming majority came from the one donor.

The only other two donations came from Jersey City firefighter Angel Reyes, who contributed $1,000 on November 26, and CCM Air, Inc., a North Bergen business that chipped in $500 to the cause on November 30.

However, NJ ELEC limits individual campaign contributions to $2,600 per quarter, causing Mainor to return the loan to Lisa on Monday, though also telling Politico that there are a number of contributions that have come in during the new year.

As Hudson County View first reported last week, Fulop’s campaign released a poll that showed a 79 percent approval rating and a commanding lead over Matsikoudis, Mainor and Ward D Councilman Michael Yun – who has said he will decide by March if he will run for mayor.

Matsikoudis scoffed at the polls numbers, saying the complete results were not released, with the Fulop campaign responding that the numbers were clear and spoke for themselves.

Editor’s Note: This story was updated to reflect that Mainor has since issued a refund for his $100,000 loan, which was against NJ ELEC guidelines.