Bayonne Mayor Jimmy Davis’ campaign has released a memo claiming a 28-point lead over Jason O’Donnell in the upcoming mayoral race, though the challenger seems to remain unimpressed.Â 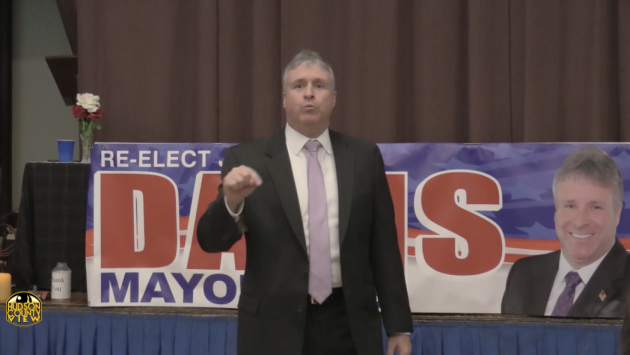 “Jason O’Donnell has spent the last nine months desperately attacking Mayor Davis, but the simple fact is that Bayonne voters know and like their Mayor and want to see the city continue to be revitalized with the leadership of Team Davis,” Council President Sharon Nadrowski said in a statement.

“We expect the O’Donnell campaign to sink even lower in the next seven weeks, but Mayor Davis is in a stronger position than ever to be re-elected because from the development of MOTBY, to the restoration of city parks to the revitalization of Broadway, Bayonne residents see the progress that is taking place all over our city.”

A pollÂ conducted by Global Strategy Group shows that Davis holds a 28-point lead over O’Donnell. According to the polling memo, the mayor’s lead has grown from a 20-point gap recorded in the campaign’s previous poll in June 2017 to his current 28-point advantage (47 percent Davis, 19 percent O’Donnell).

Additionally, the poll shows that Davis’ favorability rating has improved significantly over the last nine months, with 63 percent of likely voters now reporting favorable opinions of the Mayor compared to just 21 percent unfavorable.

Davis’ net favorability has improved from 31 percent last June to 42 percent now, according to the poll memo.

The O’Donnell camp appears to be undeterred, essentially saying that his opponent conducted a push poll and the results are therefore irrelevant.

“It took Jimmy Davis a week to find 300 people to answer a fifteen minute poll that only asks positive Jimmy Davis and negative Jason Oâ€™Donnell questions. Weâ€™ve heard the poll, Jimmy should be upset heâ€™s only up that much in it,” said campaign spokesman Sean Darcy.

“Judge for yourself, the audio is attached. This is a desperate move by a desperate campaign, and the only surprise is that theyâ€™ve reached this point so quickly. On May 8th there will be only one poll that matters.”

The full 15-minute poll can be heard here.