On the Bayonne side of the District 31 Assembly race, off-the-line Democratic candidate Christopher Munoz is linking incumbent Nick Chiaravalloti with Gov. Chris Christie (R) when it comes to education funding.

“My opponent’s failed campaign promise to bring back additional funding to our school districts while in the state legislature, has allowed our governor to abandon his obligation to fully fund the education formula thus placing a greater financial burden on local taxpayers,” Munoz said in a statement.

“This is unacceptable, inexcusable, and irresponsible. As a parent of two children, who attend Bayonne public schools, I am committed to protecting public education.”

In the campaign commercial, the narrator says that the state education formula is still not fully funded while Bayonne property taxes continue to increase.

“While Governor Christie and the state legislature have failed to fully fund the education formula, Bayonne property taxes continue to rise.”

“According to the Education Law Center, local tax levies have risen nearly 21 percent. [This year], cumulative underfunding at the state level has topped eight billion dollars,” the commercial says.

The commercial ends by stating outright that Christie and Chiaravalloti have been one in the same in several instances.

Chiaravalloti said he was “disappointed” in his opponent going negative and rejected the ad as “alternative facts.”

“I’m disappointed that my opponent has chosen to follow the Trump method of creating alternative facts, but the reality is that the Bayonne school system is some of the most underfunded schools districts in New Jersey,” he told Hudson County View over the phone.

The Assemblyman added that the Bayonne Public Schools have been consistently underfunded for the past 27 years, specifically under Christie’s tenure, further stating that an audit is being performed at the board of education due to his request.

In response, Munoz said that he didn’t feel the ad was particularly negative and reiterated that a 2015 campaign promise from Chiaravalloti and McKnight was to bring more funding to the 31st Legislative District – which still hasn’t happened.

They will face off in the June 6 Democratic primary election. 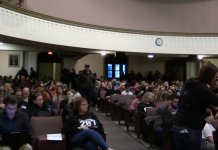 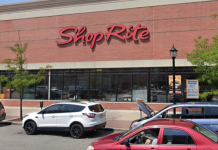 With 46 current COVID-19 patients in Bayonne, City Hall to close...