Jersey City Mayor Steven Fulop had a clear fundraising advantage in the first quarter of 2017, netting nearly $155,000, meaning that a $19,000 bill for Facebook ads is a mere drop in the bucket. 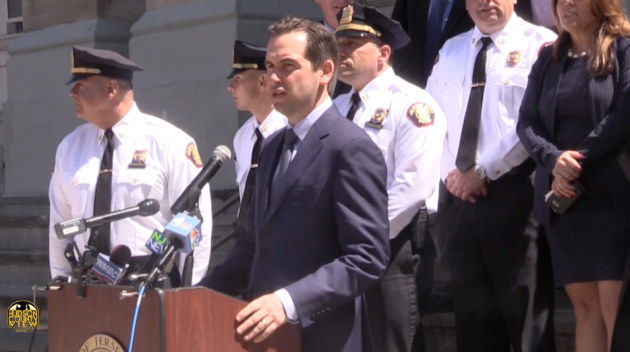 Between January 1 and March 31 of this year, Fulop netted $154,803 between his personal re-election account, which raised $121,139, and his account with his running mates, which brought in an additional $34,752, according toÂ two April 17 reportsÂ filed with the New Jersey Election Law Enforcement Commission.

His campaign is also attributing $36,200 in donations to the Jersey City Democratic Organization to the mayor’s re-election bid, which would bring his 2017 total to $191,003.

“More than a healthy bottom line, we are strongly encouraged by the overwhelming local support that has been reflected by local dollars in this filing for the past quarter,â€ Fulop said in a statement.

â€œIt shows that residents are excited about both the progressive policies we have implemented and by our engagement in the community.â€

Additionally, one unique expenditure for the Fulop campaign is Facebook, spending $19,247.39 on 27 separate payments to the social media juggernaut during the first 90 days of this year.

He also wasn’t kind when asked about his take on Fulop’s fundraising thus far.

“Everyone in New Jersey knows that Steve Fulop is the ultimate pay-to-play, transactional politician who has given out contracts as part of his mayoral bid,” Matsikoudis told Hudson County View.

“Taking a few small dollar contributions to try and say more than half come from Jersey City doesn’t cover up the corrupt stink of his fundraising operation.”

“Matsikoudis’s comments are laughable, having the audacity to even mention corruption, as he was the chief advisor to the previous Mayor when they experienced largest amount of corruption arrests for bribery in the city’s history. Bill has zero credibility.”

Former Assemblyman Charles Mainor, the only other declared candidate at this point, has raised just $4,250, though he has also loaned his campaign $50,000.