In an unexpected move, Hudson County has formally terminated their controversial 287g agreement with U.S. Immigration and Customs Enforcement (ICE). 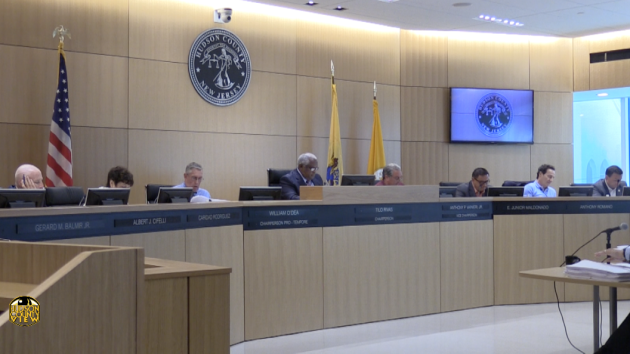 “Please accept the within as the withdrawal by Hudson County as a signatory as the Memorandum of Agreement entered into by Hudson County with U.S. Immigrations and Customs Enforcement,” Director of Corrections Ron Edwards wrote in a letter to ICE NJ Field Office Director John Tsoukaris.

Edwards also wrote that the withdrawal was effective as of 4 p.m. today.

Under the agreement, one county corrections officer for each of the three shifts at the jail was in charge of alerting ICE of any foreign-born individuals brought in on serious offenses so that they could consider deportation.

The death of immigrant detainee Rolando Meza Espinoza in June, who was picked up by ICE, sparked what began intermittent activist protests against the 287g agreement.

The county renewed the agreement with the President Barack Obama administration in July of 2016 and County Executive Tom DeGise said new state bail reform laws was the major reason for cancelling the arrangement.

“After a year under the new state bail reform policy, the number of arrestees coming to the correctional center has plummeted. The facility was built in the 1990’s to hold up to 2000 inmates. Today, our regular inmate population is about 600 and that number could well drop to 300 or less as a result of state bail reform in the very near term,” DeGise said in a statement.

“This change has reduced all our arrestee intakes, including those of foreign birth, especially during the times when ICE especially leans on our corrections officers to do 287(g) work, to a comparative trickle. ICE personnel should now be able to carry out this work without any impact on public safety.”

Freeholder Bill O’Dea (D-2), who said on our live show in late January that he supported the county backing out of 287g, along with Freeholder Chairman Anthony Vainieri (D-8) and Freeholder Anthony Romano (D-8), all voiced support for the move.

“I appreciate that the administration looked at the facts on the ground and made a decision based on where things stand today. I fully support it,” Vainieri said.

A spokesman for ICE did not immediately return an email seeking comment.