Hoboken Mayor Ravi Bhalla has around $101,368 cash on hand for his November re-election bid, according to a January 15th filing with the New Jersey Election Law Enforcement Commission, with no sign of any opponents ready to run yet. 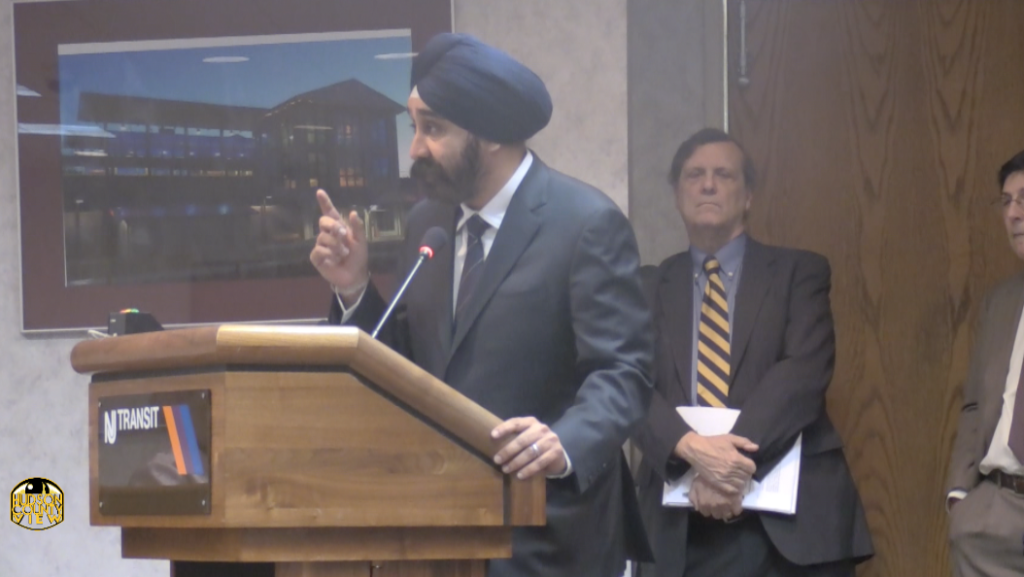 Bhalla, who is seeking a second term this fall, received contributions from as nearby as 1st Street and as far as Sacramento, California, his most recent ELEC filing shows.

The Hoboken City Council approved a new agreement with the PSOA earlier in December after going three years without a formal deal.

The incumbent also saw some early support from the local bar and restaurant scene, with the owners of Benny Tudino’s Pizza and Restaurant, the Court Street Restaurant, McSwiggans Bar, the Malibu Diner, and The Shannon giving $1,500, $1,500, $1,000, $1,500, and $2,000, respectively.

Elected in November 2017, Bhalla has fought at times with the majority of the council, though potential challengers Mike DeFusco, who finished in second place four years ago, Mike Russo, Ruben Ramos, and Jen Giattino all had not filed new reports as of this afternoon.

In a story yesterday about potentially tightening the city’s pay-to-play laws ahead of the November municipal elections, which includes the three at-large council seats, 2nd Ward Councilwoman Tiffanie Fisher said she has no interest in running for mayor.

Ramos, the 4th Ward councilman and a former state assemblyman who was named council president for 2021 earlier this month, had filed a D-1 form with ELEC last month to open a mayoral account, signaling a potential run, as HCV first reported.

However, he said today that he did not submit a new filing since the account has already been closed since he has decided he won’t challenge Bhalla after all.

The Mile Square City mayor has received high marks from New Jersey and beyond for his administration’s COVID-19 response, with one poll from Rob Horowitz and Associates indicating that his favorables are at 80 percent, according to a New Jersey Globe report.

The January 15th ELEC filing says that Horowitz was paid $4,700 twice, one in November, and once in December, for political consulting services.

Furthermore, on December 11th, Bhalla’s campaign spent an additional $4,000 on Enigma Political Consulting, then another $5,000 on Mercury Public Affairs – a firm with close ties to U.S. Senator Bob Menendez (D-NJ).

Phil Swibinski, a spokesman for DeFusco, said that the 1st Ward councilman is putting little stock into the Horowitz and Associates poll and is still seriously considering a mayoral bid.

“Like most internal polls released by a political campaign, Mayor Bhalla’s survey results should be taken with a massive grain of salt. As the election nears and voters take a closer look at Mayor Bhalla’s record they will be reminded of his many shortcomings,” he said.

” … Councilman DeFusco is actively considering once again running for Mayor and he has been thrilled by the level of support and encouragement he has received from Hoboken residents who believe that a change needs to be made in City Hall.”

Editor’s note: This story was updated with a comment from Phil Swibinski, a spokesman for 1st Ward Councilman Mike DeFusco.