Hoboken Fire Department Chief Richard Blohm has announced his retirement, effective June 1, prompting the city to begin their process in selecting a replacement. 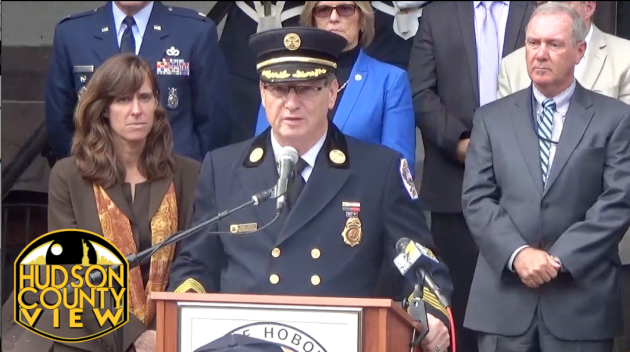 The City will appoint a provisional fire chief in the very near future, followed by a Civil Service Chief’s test, according to a release from Mayor Dawn Zimmer’s Office.

The release added that once Civil Service administers the Fire Chief’s exam and publishes the results, the Administration will interview candidates for the position of permanent Fire Chief.

Furthermore, the Hoboken Fire Department has been operating with an officer in charge over the past few weeks and will continue to do so until a provisional chief is named.

“I extend my sincere gratitude to Chief Blohm for his 38 years of service to the City of Hoboken,” Zimmer said in a statement. “I am confident the Fire Department will build on the progress of Chief Blohm’s tenure and continue to respond to the needs of our community.”

HCDO backing 8 of 9 freeholder incumbents, staying out of presidential race for now

Sources: North Bergen police probing suicide of man who had been missing for 10 days