The Hoboken City Council approved the 1st reading of an ordinance targeting Mayor Ravi Bhalla’s of counsel job at a high-powered law firm, which would potentially require him to disclose all income from his other position.Â 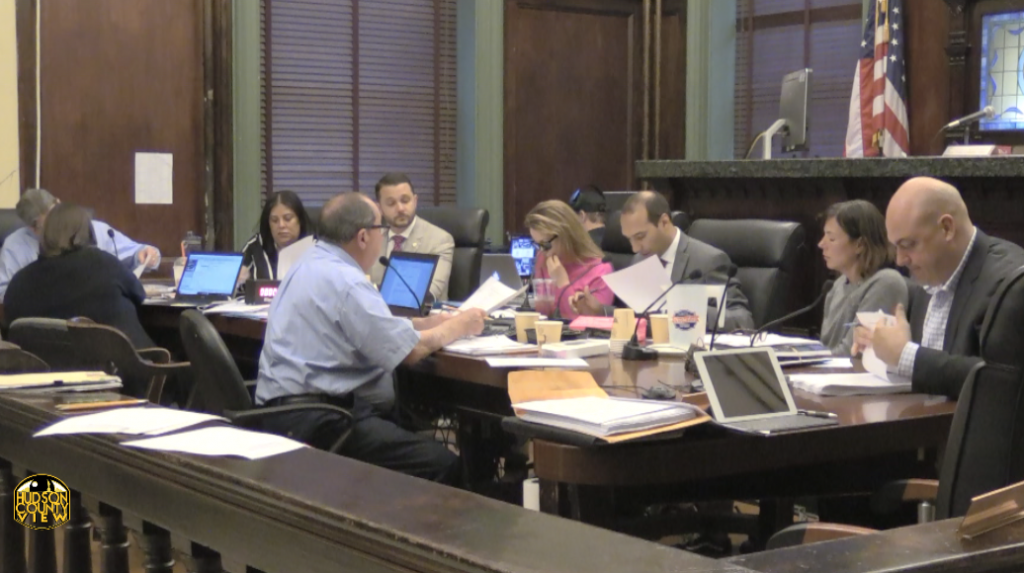 â€œMayor Ravi Bhallaâ€™s decision to break a campaign promise and accept a second job at a politically connected law firm put Hoboken in an unprecedented position and opened the Mayor’s Office to serious legal and ethical questions,” Councilmen Ruben Ramos and Mike DeFusco said in a joint statement.

“Weâ€™ve given the Mayor four months to address the concerns presented but he has chosen to respond only with silence. This ordinance endeavors to bring transparency to the situation by ensuring that taxpayers know whether or not the Mayorâ€™s second job is leading to any potential conflicts that could impact his official actions.”

The ordinance, which passed by a vote of 7-2 (Council-at-Large members James Doyle and Emily Jabbour, Bhalla’s only definitive allies on the governing body, voted no), would call for more public disclosure from the mayor.

Regarding Bhalla’s of counsel position atÂ Lavery, Selvaggi, Abromitis & Cohen, P.C., the new ordinance would require him to reveal any income, as well as a quarterly listing of all clients/contracts, he has related to the firm.

Back in February, about six weeks after he’d been sworn in as mayor, Hudson County View first reported on Bhalla’s new gig, as well as when he released his employment contract: which includes a $60,000 salary and commissions for newly referred clients.

Around that time, the council passed a measure urging Bhalla to disclose all the details of his new job. While he answered the dozens of questions presented to him, the majority of the council found his answers to be evasive and/or insufficient.

“Mayor Bhalla has a history of perceived conflicts related to his former employment at another major law firm that represents entities that do business with the city, as well as a current ethics violation that he is appealing using taxpayer resources,” Ramos and DeFusco continued.

Prior to being sworn in as mayor, Bhalla left his job at Florio Perucci Steinhardt and Fader, who had ties to the city’s water vendor, Suez Water, causing him to recuse himself from discussions on the topic last year.

“Given those facts as well as Corporation Counsel’s previous failure to identify potential pay to play violations and his political support for Mayor Bhalla, we believe strongly that this measure is necessary to provide a new level of transparency and assurance to residents that the Mayor is acting only in the city’s interest.”

The vote took place at last night’s meeting in less than a minute, with no council member opting to explain their reasoning for saying yay or nay to the new measure.

Earlier this evening, Bhalla fired back at his antagonists on the council, claiming that Ramos and DeFusco had no room to talk.

“It is ironic that the two City Council Members pushing a narrative of a lack of transparency are both are in violation of Hobokenâ€™s Campaign Finance Law. Councilman DeFuscoâ€™s penalties add up to nearly $300,000 and Council President Ramosâ€™ nearly $30,000,” he said in a prepared statement.

“But the height of hypocrisy is that at one point Council President Ramos had three publicly funded jobs and was collecting three taxpayer funded paychecks simultaneously. Not to mention that during his trips to Trenton, he forced the taxpayers to cover the cost of substitute teachers, while he continued to receive full salary and benefits.”

The mayor continued that the City of Hoboken “has been and remains my sole focus,” highlighting improvements to Washington Street, working to make more affordable housing and advocating for LGBTQ and immigrant communities.

Furthermore, Ramos was excited to quip back at his longtime political adversary.

“He’s talking about Hoboken finance laws … my God, his amount of fines there might break a calculator. And unlike him, when I ran for Assembly, people knew what they were voting for and when my council term was up I did not seek re-election,” Ramos said about his elected status in 2009.

DeFusco also scoffed at Bhalla’s response and said he stands by the ordinance in question.

“All my ELEC filings are public record. What’s not public record is who’s paying Ravi Bhalla and what they’re looking for in return. That’s exactly why we need to pass this ordinance,” DeFusco stated.