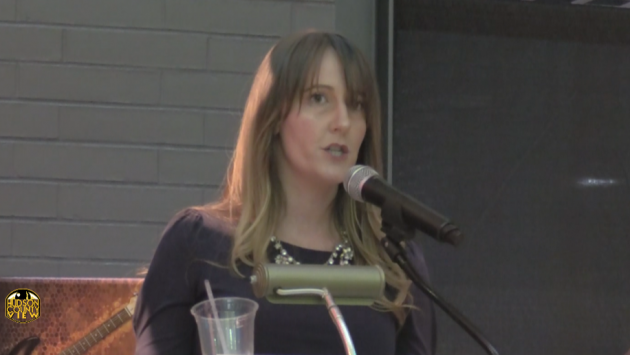 ” … The Harsimus Cove Association’s work includes promoting safe streets and accountability in our local government. Councilperson Amy DeGise’s recent hit-and-run crash, in which she left a fellow Jersey City resident splayed out on the pavement, and the subsequent discovery of her past efforts to use her office for personal gain, show that she is not fit to represent Harsimus Cove or Jersey City,” the group said in a statement.

“Councilperson DeGise’s conduct and actions were unethical, and they undermine the Harsimus Cove Association’s efforts to build a safe and welcoming community where neighbors care about one another. We collectively call on Councilperson DeGise to immediately resign her position on the City Council of Jersey City.”

The HCA has about 30 active members in the Downtown section of the city in Ward E.

Their councilman, James Solomon, and Ward F Councilman Frank Gilmore, respectively, have each called for DeGise to vacate her seat.

They also join Safe Streets JC and Bike JC in asking for the councilwoman to step down for not stopping or hitting the brakes after bicyclist Andrew Black ran a red light at the intersection of Martin Luther King Drive and Forrest Street.

Last week’s Jersey City Council meeting saw 29 people ask for DeGise to resign, half of the number who did so at the August 17th meeting, as the former Hudson County Democratic Organization chair awaits a court date in Essex County Superior Court.

Additionally, the HCA elected Tom Monahan as their new president at last night’s meeting. Eleana Little, a Democratic committeewoman, had served as the HCA president for the past two years.