Jersey City Mayor Steven Fulop says that Jersey City won’t be bringing back bar curfews yet, explaining that “it isn’t as if you can only get Covid at night.” 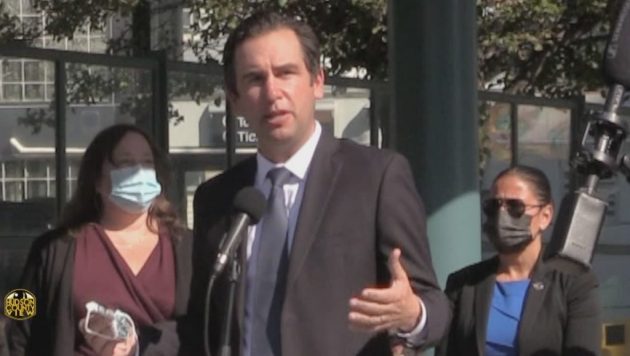 “In March, #JerseyCity was amongst the 1st in the country + 1st in the state to put restrictions/curfews in place. That’s a fact. We aren’t going to do that again so quickly. When we did it in March there was a lot less info about the virus, how it is transmitted, risks treatments etc so we acted quickly,” the mayor tweeted.

“We have more info today and I don’t see how a quick curfew bc of a spike will help as it isn’t as if you can only get Covid at night. You can get it at a shopping center, supermarket, or a restaurant for lunch.”

In neighboring Hoboken, Mayor Ravi Bhalla announced via a Nixle alert late Monday evening that bars and restaurants would have a midnight curfew, effective as of Thursday night via executive order.

Earlier that day, Newark officials said they would be enforcing an 8 p.m. curfew for non-essential businesses, while Paterson followed Hoboken’s lead this morning by indicating that they would take the same approach with their bars and restaurants going forward.

Additionally, the Hoboken City Council is slated to vote on an ordinance that will allow up to $1,000 fines for house parties that exceed 25 people at a special meeting tomorrow night.

Back in March, as the coronavirus had just begun having an impact in New Jersey, Jersey City was the first to implement a 10 p.m. curfew for bars and clubs, while Hoboken was the first to relegate restaurants to take-out only service and close bars.

In a lengthy statement, Hoboken spokesman Vijay Chaudhuri noted that recent COVID-19 cases are linked to some local bars and restaurants, which prompted the recent “proactive decision” to enact a bar and restaurant curfew.

“Mayor Bhalla applauds Mayor Baraka and Mayor Sayegh for taking similar proactive measures based on the data provided their Health Departments, and is confident that neighboring municipalities will make the best possible decisions to protect the health and safety of their constituents,” he said.

“Whether it has been closing bars and restaurants in mid-March, enacting one of the tri-state area’s first self-isolation policies, imposing a face mask requirement in businesses before the rest of the region, and more – Mayor Bhalla has consistently followed the advice of health experts to prioritize the health and safety of Hoboken residents, and will continue to do throughout the COVID-19 pandemic.”

According to the New Jersey Department of Health, Hudson County has the third most confirmed coronavirus cases by county with 22,959, as well as the third most related fatalities with 1,371.

In recent weeks, the virus spread has been most significant in Kearny, Harrison, and Union City.

Editor’s note: This story was updated with a comment from Hoboken spokesman Vijay Chaudhuri.