Coalition for Progress, a super PAC linked to the expected gubernatorial run of Jersey City Mayor Steven Fulop, has raised about $360,000 through March 30th of this year, with a select few donors having ties to Jersey City. 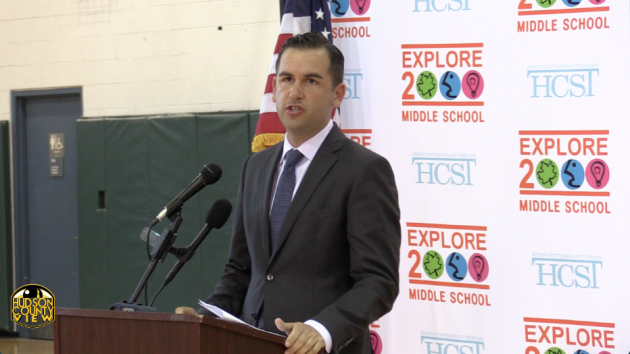 A handful of Coalition for Progress donors this time around have ties to local government agencies in Jersey City.

Back in 2013, Fairview insurance came under fire when agency Director Ryan Graham got involved with the board via email as a vote for a Princeton insurance firm was imminent, via The Jersey Journal.

At the time, Fulop, who helped eight of the nine school board members get elected, had been accused of meddling with board business, but the released emails did not verify the claim.

According to a report filed with the New Jersey Election Enforcement Commission (ELEC), Graham contributed $2,600 to Fulop’s mayoral campaign on September 22nd, 2009, while his colleague, Zach Edelman, donated the same amount, to the same campaign on October 27th, 2009.

Garcia is representing China Overseas America, Inc. on the monumental 99 Hudson St. project in Jersey City: an over $500 million project that boasts a 900-foot high-rise (which would be the tallest building in New Jersey), 781 residential units and 15,000 square feet of residential space (h/t New York Yimby).

The entity came under for early this year for accepting an essentially anonymous $1 million donation, prompting a local good government group to publicly ask for all donors to be disclosed, with another national watchdog group calling for a federal investigation.

Coalition for Progress President Bari J. Mattes told Hudson County View at the time that based upon counsel, the super PAC is â€œfully compliant with all applicable regulations and the law.â€

Fulop has previously admitted to fundraising for Coalition for Progress, but has declined to comment further. Mattes has previously said the super PAC does not support one specific candidate or group of candidates.

However, shortly after Coalition for Progress filed their first report with the FEC, Donald Scarinci, a managing partner at national powerhouse Scarinci Hollenbeck, said the $3.2 million raised proves Fulop has the money and political support to be the next governor of New Jersey.

Jersey City spokeswoman Jennifer Morrill did not return an email asking if, in light of the latest FEC filing, it was yet safe to assume that Coalition for Progress will play a role in a future municipal or statewide election Fulop is involved in.

U.S. Army: Bayonne council candidate was convicted of having sex with...