Alex Navas, a former employee of the West New York Department of Public Works, is representing himself in a federal free speech retaliation suit alleging that he was terminated after speaking to reporters from Univision over two years ago. 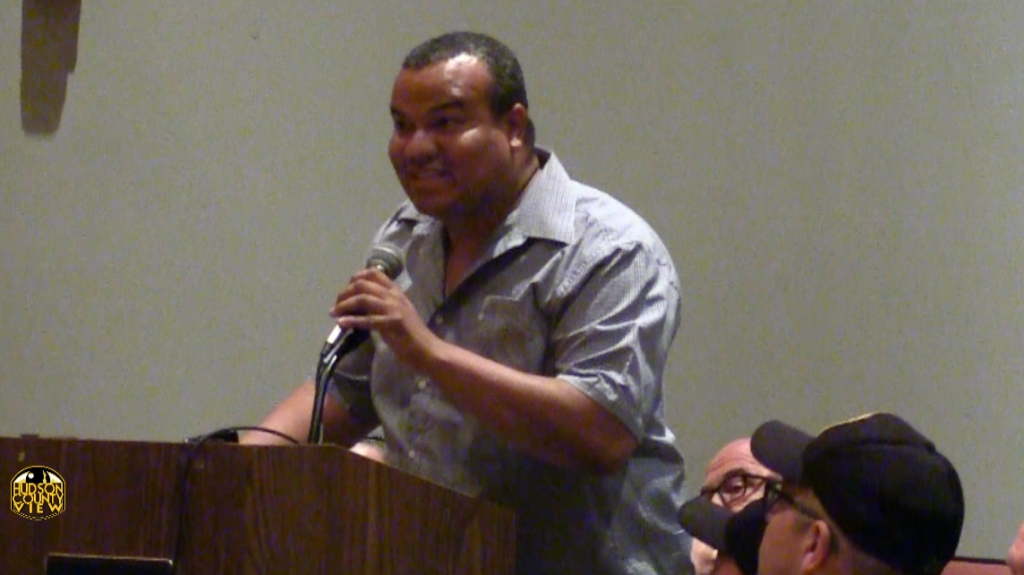 The suit, filed in New Jersey U.S. District Court on September 4th, 2019 and amended on January 29th of this year, Navas says he was fired shortly after being issued two, 30-day suspensions that ended on our about September 5th, 2017.

According to the suit, he was let go from his municipal job after refusing to sign a letter demoting him from a sanitation inspector to a laborer I position. He claims “misconduct” continued after it was revealed he did an interview with Univision in early 2018.

“On or about February 2018, plaintiff and other employees were interviewed by Univision Channel 41 and made public plaintiff[‘s] unfair employment situation and defendant’s lack of implementation of town law and ordinances,” the suit says.

“It show how the Department of Public Works of West New York, picked up debris [then-]Commissioner Gabriel Rodriguez[‘s] father’s house, Mr. Israel Rodriguez, and from a neighbor’s house.”

The three-count suit says that he was a victim of free speech retaliation, as well as that the Town of West New York violated “public policy under the New Jersey constitution.”

Back on February 15th 2018, friends and allies of the Rodriguez family packed out the court chambers for a board of commissioners meetings where a number of people spoke out against a Univision report claiming that Rodriguez ordered DPW workers to have construction debris removed from his father’s home, as only HCV reported.

During the meeting, Israel Rodriguez noted that Navas was fired for refusing to accept a demotion – which Navas is claiming in the suit is privileged personnel information.

Navas was a consistent political presence in West New York between 2016 and 2019: barely missing out on winning a board of education seat in 2016Â and triggered a voter fraud investigation pertaining to the following year’s BOE contest.

In the complaint, Navas says his ex-DPW Superintendent Silvio Acosta harassed and retaliated against him around July 2016 since he considered one of his running mates “a personal enemy.”

At the time, he ran with Ron Scheurle and Melinda Saunders.

He also alleges that Acosta asked him to fulfill a quote of issuing 30 summonses a month, as well as to give summonses to property owners who he did not investigate for violations.

Despite a long history of run ins with former Mayor Felix Roque and his allies, he supported his unsuccessful bid for a third term in May of last year.

Roque, Gabriel Rodriguez, and Acosta are named as plaintiffs in the court filing. Acosta lost his position just a couple weeks after Rodriguez had taken office.

Although he filed petitions for nomination in 2019, he withdrew from the BOE race in September.

In the complaint, he notes that he waited to file due to awaiting his case being heard by the New Jersey Civil Service Commission.

A June 12th, 2019 decision recommended that Navas should have a 30-day suspension “on charges of incompetency, inefficiency or failure to perform duties, insubordination, conduct unbecoming a public employee, neglect of duty, misuse of public property and other sufficient cause” reduced to 20 days – inconsequential since he’s no longer a public employee.

A town spokesman and Navas did not immediately return inquiries seeking comment.