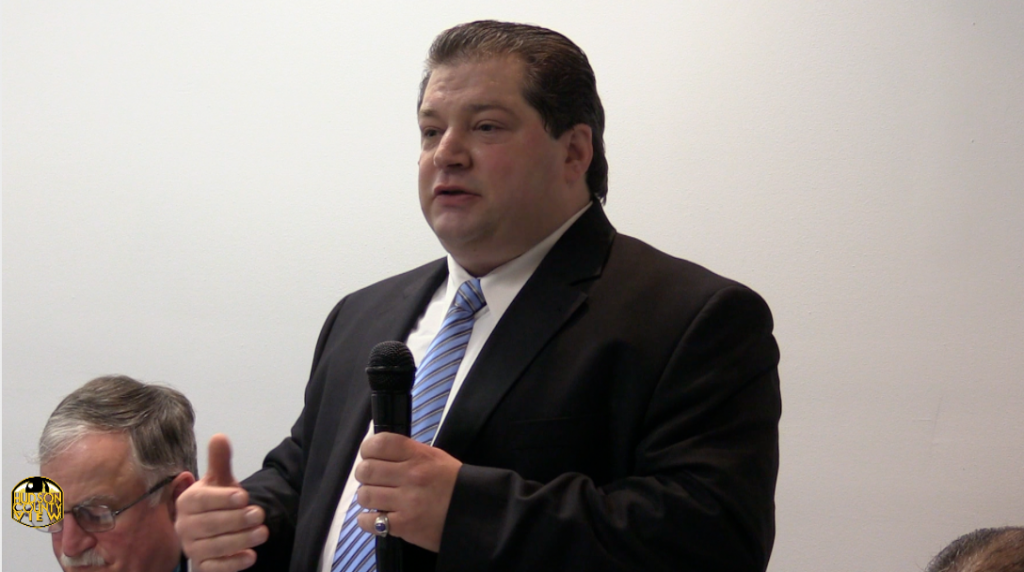 DeFino’s first day as an aide to Department of Public Works Commissioner Susan Colacurcio was Wednesday, he confirmed with HCV, also revealing that his salary will be just $30,000 a year.

â€œIâ€™m very appreciative about having the opportunity to work in West New York,” DeFino said, declining to comment further.

Wednesday was a rock solid day for the DeFino family: the board of education approved naming Public School No. 2 after the longtime mayor at their regularly scheduled meeting.

Back in April, DeFino, Jr. said that he planned on challenging Mayor Felix Roque in May 2019, though an obvious detente seems to have been reached based on his new gig.

Roque has said many times in recent months that he plans on seeking re-election, despite the fact that he will not have the backing of U.S. Rep. Albio Sires (D-8).

Based on those facts, DeFino, Jr. is a pretty likely running mate for Roque and Colacurcio next year.

Regardless of who Roque runs with, Sires is currently expected to support a ticket that includes the remaining three town commissioners: Cosmo Cirillo, Gabriel Rodriguez and Margarita Guzman.

Old school politicos will recall that DeFino, Sr. and Sires engaged in one of the more bitter, longstanding North Hudson feuds in the 80s and 90s.

Although Sires successfully launched a recall election in 1993, DeFino, Sr. bested him for the third time in a decade in that municipal election.

However, Sires became the West New York mayor in May 1995 after DeFino, Sr. decided to retire in the midst of health concerns after 24 years in the mayor’s seat.