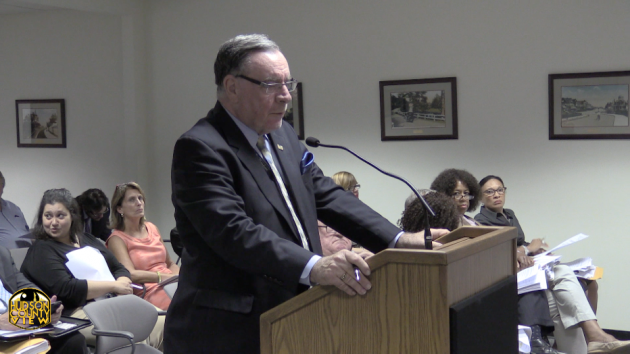 “He was a good man, he was a friend,” said Hoboken Freeholder Anthony Romano (D-5), who was at Demellier’s bedside at Bellevue Hospital Center in New York City when he passed away this evening.

The freeholder said Demellier, 68, passed away as the result of complications from cardiac arrest around 7 p.m. tonight.

“Buddy Demellier, though there were occasions in the past 25 years where we were on different political sides, he was always cordial and a gentleman and he was an excellent director: one of the best [County Executive] Tom DeGise has ever had,” said Jersey City Freeholder E. Junior Maldonado (D-4).

“This hurts the whole county: we’re going to miss his expertise, his advice and his knowledge.”

However, he was mentioned essentially as a footnote in the 2009 Bid Rig scandal that saw dozens of politicians arrested by the U.S. Attorney’s Office.

In 2011, Demellier was caught on a surveillance video where FBI informant Solomon Dwek is in his Jersey City office speaking about a $20,000 payment he made to Dwek, per The Star-Ledger.

Despite this fact, he was never named in any of the subsequent criminal complaints and defended his actions by stating Dwek paid him a consulting fee for his services and made sure they met during this lunch hour so it would not conflict with his work time.