In the near future, Jersey City residents that ditch their traditional carbon-emitting vehicle engines in favor of electric vehicles may have the option to charge their batteries right within their own neighborhoods in light of a new request for proposals issued by the city.

Mayor Steven Fulop announced today at a City Hall press conference that the city is issuing a RFQ for public electric vehicle charging infrastructure to be installed throughout the city for public use.

The mayor said the time is now for Jersey City to transition from fossil-fuel based transportation to electrification.

“We’re using this moment in time as an opportunity to move forward on an RFP to make sure that we have electric car charging stations in every ward in Jersey City, making us the first big city in New Jersey to make that accessible for every resident,” Fulop said.

He also noted that the city aims to transition its entire vehicular fleet to electric-powered with the RFP.

The announcement comes on Transit Equity Day, billed as a collaborative effort of several organizations and unions to promote public transit as a civil right and a strategy to combat climate change.

During the question and answer portion of the presser, Fulop gave his thoughts on the stalled Gateway Tunnel project, one of the country’s largest infrastructure projects that calls for the construction of two new passenger rail tunnels under the Hudson River that would increase passenger train capacity into and out of New York’s Penn Station.

Under the Barack Obama (D) administration, the federal government and both governors of New Jersey and New York agreed to fund the project with a 50-50 split. But thus far, President Trump’s (R) Administration has been noncommittal.

“I think we can just be an advocate and collectively organize our voices here in Jersey City to push our state and federal legislators to fund it. Obviously, I don’t think the expectation is on any of the local municipalities to fund it but I think we can help to push it forward,” Fulop explained.

Also, Analilia Mejia, the executive director of NJ Working Families Alliance, said that U.S. Congressman Cory Booker (D-NJ), who worked with former Gov. Chris Christie (R) to arrange the 50-50 funding split with New York and the federal government, is still advocating for the project’s construction before the Trump administration. 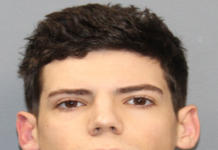 Hudson County parks will be closed tomorrow to clean up debris...