CarePoint Health is suing RWJBarnabas Health, alleging that the Jersey City Medical Center has been colluding with Hudson Regional Hospital and others to put them out of business. 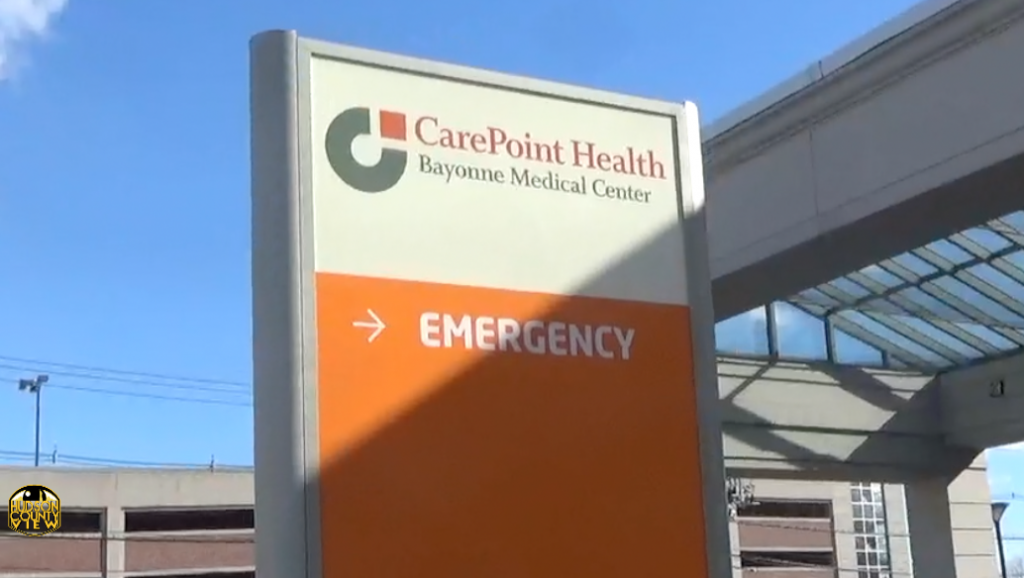 “This case involves a years-long systematic effort by RWJ, in conspiracy with others, to destroy competition and to monopolize the provision of general acute care hospital services and related health care services in northern New Jersey,” the 69-page lawsuit, filed in the  U.S. District Court of New jersey on Tuesday, begins.

“This effort particularly targeted Hudson County, New Jersey, to the detriment of CarePoint and the public by aiming to destroy the three hospitals operated by CarePoint as independent competitors.”

While not named as plaintiffs, Avery Eisenreich, Yan Moshe, and Dr. Nizar Kifaieh are referred to as “conspirators” of RWJBarnabas.

Moshe is the chairman of Hudson Regional Hospital, Kifaieh is the President and CEO, while Eisenreich sold the hospital the property that houses the Bayonne Medical Center and the Hoboken University Medical Center, respectively.

Although CarePoint and the JCMC are longstanding rivals, that has recently been overshadowed by HRH’s efforts to take over the Bayonne Medical Center over BMC Hospital LLC – the company preferred by CarePoint.

Also named is incoming RWJBarnabas CEO Mark Manigan, accused of leveraging his relationship with Eisenreich and the governor’s office to hurt CarePoint.

“His background in healthcare, and specifically as a healthcare attorney, makes him familiar with some of the actors conspiring against CarePoint,” the suit says.

“He also has a close relationship with Eisenreich and influence with the Governor’s office, which he has used along with RWJ’s vast political, administrative and real estate lobby to undermine competition – with a specific goal of eliminating CarePoint as a competitor of RWJ.”

Furthermore, Horizon Blue Cross Blue Shield is accused of working with RWJBarnabas to open up a satellite location in Bayonne.

“RWJ engaged in improper efforts to increase its emergency room traffic at CarePoint’s expense both through the SED (Satellite Emergency Department), which was constructed and began operation without having received the legally required approval of the NJDOH, and by the flagrant disregard of a 2016 agreement settling earlier litigation regarding ambulance service in Jersey City and its environs – whereby RWJ improperly diverted ambulances to its wholly owned Jersey City Medical Center (“JCMC”) to boost RWJ’s revenue, at the expense of patient health.”

Additionally, the JCMC is accused of shutting down the majority of their charity care clinics in Hudson to force uninsured and/or underinsured patients to CarePoint hospitals, had the Hoboken Municipal Hospital Authority improperly send out requests for indications related to the sale of the HUMC.

” … CarePoint’s competitors have continued to engage in selfish, coordinated, antagonistic attacks designed to further their goals of unfair domination of the county’s health care and real estate markets,” said their spokesman, Phil Swibinski.

“CarePoint has earned the trust of Hudson County’s elected leaders and the community by starting its transition to a non-profit organization and becoming in-network with all major insurance carriers, and now it simply asks to be treated fairly with support for the community that needs these hospitals and without interference from vested interests that would leave residents without immediate access to care.”

A spokesperson for RWJBarnabas dismissed the allegation in the lawsuit and said that CarePoint should take responsibility for their own bad decisions.

“This is yet another in a series of baseless complaints filed by CarePoint, an organization whose leadership apparently prefers to assign blame to others rather than accept responsibility for the unsatisfactory results of their own poor business decisions and actions over the years.”

This is the second lawsuit CarePoint has filed related to the JCMC in the past month, filing a claim in Hudson County Superior Court in August alleging that they violated an ambulance transport deal that they worked out in 2016, as HCV first reported.