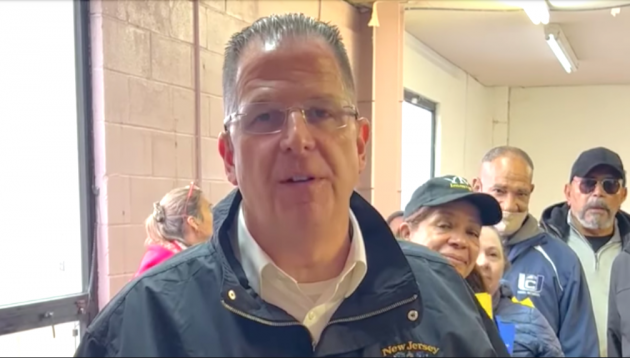 Early voting, which was offered on Friday, Saturday, and Sunday, saw staggering totals in Union City – 2,037 to be exact – according to Hudson County Board of Elections Clerk Michael Harper.

Bayonne, where Mayor Jimmy Davis will defend his seat against Council President Sharon Ashe-Nadrowski, had 724 early ballots cast, with another 64 for Weehawken, where Mayor Richard Turner and his council slate also don’t have any challengers.

Stack, the Union City mayor since October 2000 and the state senator of the 33rd Legislative District since January 2008, is known for one of the most robust get out the vote (GOTV) operations in the state and will likely hit five digits despite no opposition.

Joining him in the winners circle will be Commissioners Lucio Fernandez, Maryury Martinetti, Celin Valdivia, and Wendy Grullon.

Therefore, it is clear that the feature fight of the day is still in Bayonne, where 1st Ward Councilman Neil Carroll, a part of Team Davis, defends his seat against Julie Sanchez-Lynch, who is running with Ashe-Nadrowski.

In the 2nd Ward, where Councilman Sal Gullace is not seeking re-election, Jacqueline Weimmer, running with the mayor, will go head-to-head against George Vince, a part of Team Ashe-Nadrowski.

The 3rd Ward is the only three-way dance, with Councilman Gary La Pelusa, backed by the mayor, looking to stave off Board of Education President Maria Valado, running with the council president, and independent Peter Franco.

Finally, the at-large race, which also has an open seat since Ashe-Nadrowski is running for mayor, has six candidates.

In all three municipalities, the polls will be open from 6 a.m. through 8 p.m. on Tuesday.