CarePoint Health and the Hoboken Municipal Hospital Authority have settled a lawsuit filed just under a year ago that alleged the board shared confidential information and went beyond the scope of their authority. 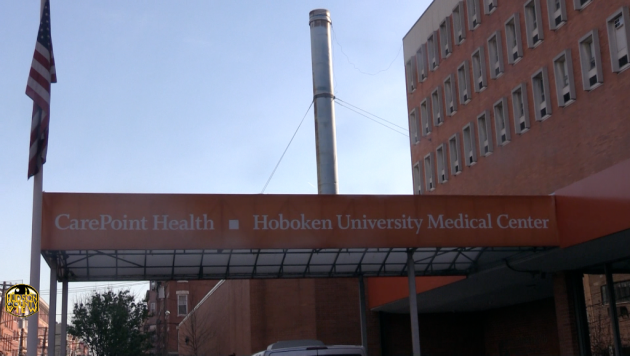 In one specific instance, the lawsuit contends that the HMHA put out a request for indications for the Hoboken University Medical Center, despite the fact that they don’t own the hospital property, which included financial statements that were not public records at the time.

However, both CarePoint and Hoboken officials appear happy that this matter is being put behind them by giving the city five seats on three boards.

“I am pleased to have come to an agreement with the Hoboken Municipal Hospital Authority so that we can return our focus to providing outstanding patient-centric care to residents of Hoboken and Hudson County ,” CarePoint President and CEO Dr. Achintya Moulick said in a statement.

“CarePoint healthcare workers provided yeoman service to the residents of Hoboken and Hudson County during the pandemic saving several thousand lives as well as vaccinating over 27,000 people. Our hospitals provide a critical level of care to underserved populations and lead the state in ease of access to charitable and affordable care, which is what we have remained focused on providing to the people of Hoboken.”

The settlement give Hoboken a seat on CarePoint’s nonprofit board, which is still pending state approval, two seats on their health foundation board, and two on their advisory board.

The HUMC has been in continuous operation since 1863 and was previously known as St. Mary Hospital and it was purchased by the City of Hoboken, via the HMHA, in 2007.

The ownership was later transferred to CarePoint Health, which also owns the Bayonne Medical Center and Christ Hospital in Jersey City.

“Since saving the hospital in 2011 under Mayor Zimmer’s administration, Hoboken has been fully committed to ensuring that emergency healthcare is available for whenever residents are in need,” noted Mayor Ravi Bhalla.

“I am looking forward to improved care and service from CarePoint in the years ahead.”

CarePoint is currently in the process of receiving state approval to change its ownership structure from a for profit status to a non profit, something that has been in the works for about 15 months.

“After more than ten years of advocacy by the Hoboken community, CarePoint has finally achieved in-network status with many third party insurance companies, which will make the hospital and the outstanding affiliated doctors and staff more accessible,” explained HMHA Chair Toni Tomarazzo.

“In addition, CarePoint is congratulated for their commitments to achieving transparency in billing practices, the restoration of vital clinical programs and the development of new medical service lines to serve the residents of Hoboken and surrounding communities. The HMHA looks forward to supporting CarePoint’s renewed dedication to their mission.”

This transition to nonprofit control opens up a wide array of funding and grant opportunities to support Hudson County’s underserved patients that are not otherwise available under for profit status.

“As a medical professional and the councilman representing Hoboken University Medical Center and the surrounding community, I know how important it is to ensure that Hoboken residents will always have access to high quality medical care here in our city,” added 3rd Ward Councilman Mike Russo, who also sits on the HMHA board.

“Protecting this hospital and taking action to make sure it keeps serving our city means so much to me, and I am grateful that we will now be able to move forward together with CarePoint in the spirit of cooperation, and giving back to the people who need it.”