In a letter to the editor, a Bayonne resident expresses her discontent with what she believes to be a lack of concern for animal welfare from the city, judging by the recent circus visit as well as the city’s animal control provider of choice. Due to public outcry over animal welfare concerns, companies such as Ringling Brothers and Sea World have agreed to gradually phase out the usage of elephants and orcas, respectively, in their shows.

They seem to recognize the publicâ€™s changing attitude towards animals featured as entertainment. Whether their willingness to change comes from a loss of profits or scientific enlightenment, the animals still benefit, and this is progress.

If only progress addressing animal welfare concerns could be made in Bayonne as well. The Bayonne City Council welcomed the Garden Brothers Circus to town this weekend. Many cities around the country no longer welcome circuses with performing animals, especially elephants, but Bayonne takes no such stance.

This comes on the heels of the Councilâ€™s decision in Fall 2015 to cancel the animal sheltering and control contract with Liberty Humane Society of Jersey City, which was building a solid relationship with the community of Bayonne.

Despite the pleadings of concerned citizens, Bayonne moved forward to grant the contract to Geoffrey Santini, who does not operate a licensed animal shelter.

Mr. Santini sub-contracts with a facility run by his brother-in-law, Vincent Ascolese, who currently has animal cruelty charges pending against him for alleged mistreatment of animals at the facility he used to manage.

While Liberty Humane Society had the Bayonne contract, they took in roughly 440 animals from the city of Bayonne. How would Mr. Santini be able to accommodate a no-kill philosophy when he services more than one community? This sounds like a recipe for an overcrowded shelter.

Imagine the poor welfare issues that could arise if staffing and capacity are insufficient for the no-kill goal. Liberty Humane Society provided numerous services to Bayonne residents during their contract.

Hopefully, the Bayonne City Council will heed the publicâ€™s concern and return the contract to Liberty Humane Society so that they can properly remedy local animal welfare issues. 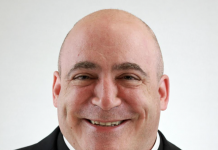 Bayonne Medical Center oncology nurse dies after being knocked down by...