Former Assemblyman Jason O’Donnell, a candidate for Bayonne mayor in the 2018 municipal elections, has had his bribery case reinstated by the Superior Court of New Jersey Appellate Division. 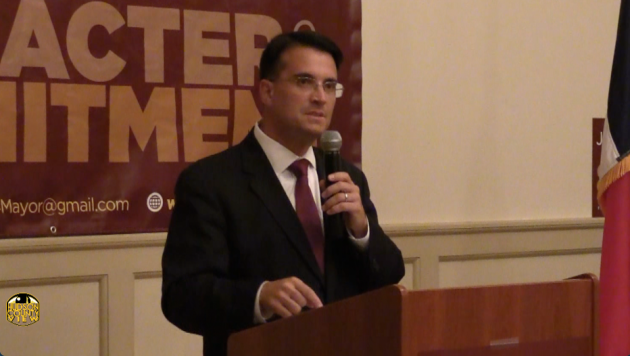 Back in December 2019, O’Donnell was accused of taking $10,000 cash in “street money” during the unsuccessful 2018 campaign from cooperating witness Matt O’Donnell (no relation) in exchange for making him the city’s tax attorney, the New Jersey Attorney General’s Office alleged.

About a year-and-a-half later, Hudson County Superior Court Judge Mitzy Galis-Menendez dismissed the indictment, citing that as a candidate, he could not participate in a quid prop quo.

While this rationale was used for charges against former Jersey City Assemblyman Lou Manzo getting federal charges dropped in 2009, stemming from Operation Bid Rig, the appellate court ruled otherwise in a 21-page decision released this morning.

“To accept defendant’s argument – without some clear legislative expression to support it – would be to declare open season on the bribing of candidates for public office,” wrote Appellate Judges Clarkson Fisher, Patrick DeAlmeida, and Nancy Smith.

“Defendant’s interpretation that candidates are not made criminally liable for accepting bribes in the performance of some future official act would mean, if correct, that a candidate could be bribed before, during, and after being elected, right up until taking the oath of office. If the Legislature had intended to except such corrupt individuals from the scope of N.J.S.A. 2C:27-2 it could have, but did not, say so.”

While the appellate court says the bribery statute previously adopted by the New Jersey Legislature is clear, a bill to expand that statute to explicitly include candidates for office went to Gov. Phil Murphy’s desk at the end of last month.

Noting that this pending legislation has no bearing on their decision, the appellate court noted that the argument that O’Donnell did not think he was taking a bribe under state rules is just not plausible.

“Although forcefully argued, we cannot take seriously the contention that defendant acted under the assumption that he was not accepting a bribe within the meaning of N.J.S.A. 2C:27-2, if what he is accused of is ultimately proven.”