Hoboken Mayor Ravi Bhalla has provided a long explanation as to why he decision to implement a midnight curfew for bars and restaurants, which went into effect last night, to alleviate the spread of COVID-19. 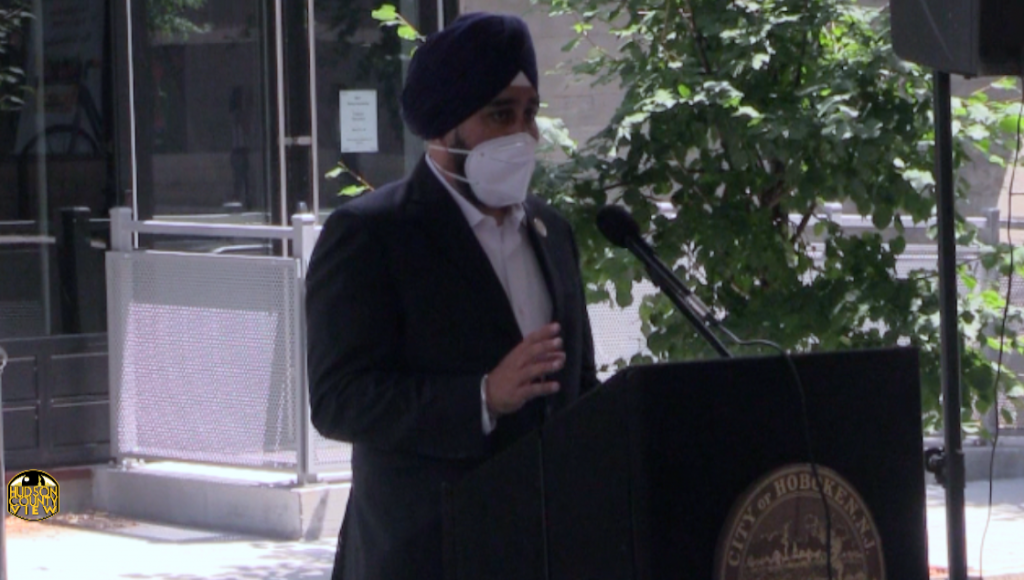 “The late-night hours of 12 a.m. to 2 a.m. at bars are often times when alcohol is free flowing, resulting in less compliance with social distancing and health procedures, as well as congregation among social groups – which has been observed during those times by the Hoboken Police Department and COVID-19 social-distancing task force,” the mayor wrote in a Nixle alert last night.

He also mentioned, as he had previously, that some local bars and restaurants had been linked to cases of the coronavirus, including individuals from other municipalities based on contact tracing.

To that end, Bhalla said this new policy, which the Mile Square City also utilized back in March (though it was 10 p.m. then), will limit visitors from outside Hoboken and free up police resources to focus on house parties.

The mayor also noted that some residents had been pushing for the curfew to again be 10 p.m., he said midnight was a fair compromise for restaurants that keep their kitchens open late.

Furthermore, Bhalla addressed criticisms over the fact that COVID-19 can still spread at any point of the day or night, as Jersey City Mayor Steven Fulop recently pointed out, stating that limiting high-risk situations is still key.

“A number of people have mentioned that COVID-19 doesn’t just appear after midnight. This is 100% true. However, as health experts have consistently recommended, it’s about limiting higher-risk situations when COVID-19 is more likely to spread,” he began.

“With cases significantly rising in a second wave, we’re likely to see more transmission occurring indoors, which include bar settings. And unfortunately, as opposed to gyms or schools when face masks can be worn, face masks can’t be worn indoors when eating or drinking, making it a higher-risk environment – especially late at night with alcohol when it is only natural to let your guard down.”

Paterson has since adopted an identical measure, while Newark implemented an 8 p.m. curfew for non-essential businesses on Monday.

His remarks were similar to comments made by 5th Ward Councilman Phil Cohen during yesterday’s edition of HCV Live and Uncut while expressing his support for the curfew.

“The louder you speak, the louder the volume, the more alcohol that’s being served, the more risk of droplets traveling through the bars, and frankly, the higher risk of transmission.”