The Bayonne City Council discussed working through lingering issues with their new garbage and recycling contractors at last night’s meeting. 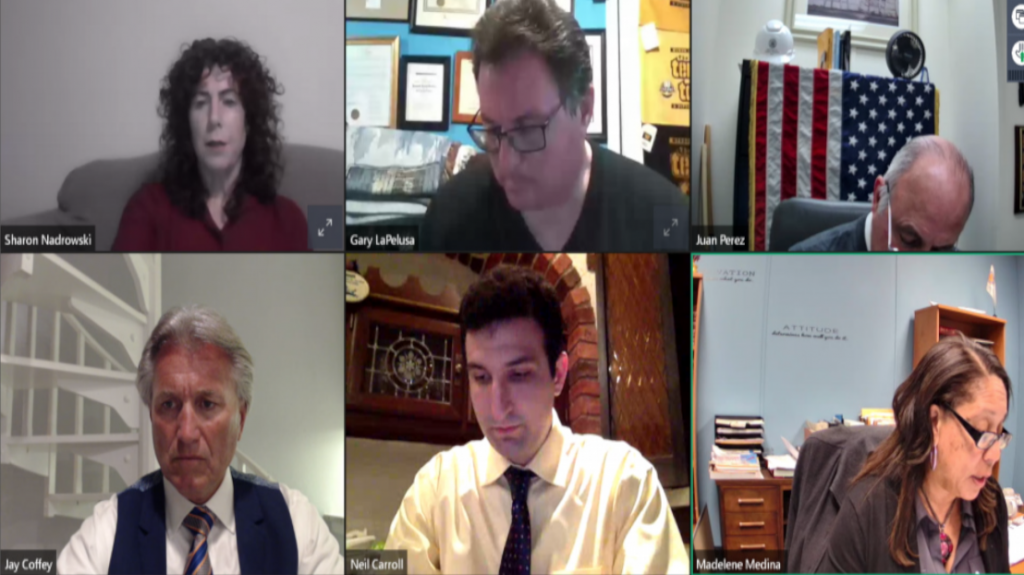 The garbage and recycling contracts were awarded to A & L Disposal LLC and Joseph Smentkowski Inc., respectively, on December 29, 2020.

“Trash is not being up on schedule, including recycling. During the last storm, residents were asked to put out trash the night before. It was not picked up all,” Melissa Godesky-Rodriguez exclaimed.

“Every other house is getting trash picked up. It’s very inconsistent … All zones have experienced some level of inconsistency … Is the city aware of the issues? What seems to be the issue?”

Council President Sharon Nadrowski said that all five council members are aware of the situation.

“ … All the council people have received calls from constituents talking about trash and recycling. I’m sure we’re going to get calls. I feel people’s frustration, and I know that it’s out there. We know there are certain specific areas that tend to keep getting overlooked”

Godesky-Rodriguez said she was personally having issues in Zone 2 on Avenue F between 48th and 52nd Streets, as well as on 2nd and 3rd Streets.

Nadrowski responded that garbage pickup has improved, but recycling pickup has still left a lot to be desired.

“The issue is the new company … is learning the routes and how they do it. Director [of the Department of Public Works Tommy] Cotter has a few ideas on why he thinks it’s not working well,” she added.

“We are rebidding. These are only emergency contracts because we didn’t have our contract in place. So they are being reevaluated.”

Cotter, a former councilman, was also on the call and weighed in on the situation.

“We went to zones because we realized having picked up all in one day was really messy and just wasn’t getting done on time. So we broke it down into zones to better keep track of it.”

He added that DPW has been supervising the routes to try and ensure they are being completed properly.

“Garbage has improved greatly over the last month. In the beginning, they were learning the routes,” Cotter also said.

He noted that residents should call 201-858-6099 to note that their garbage hasn’t been picked up, which is usually taken care of the following morning.

“What are we doing to rectify? Certain areas are consistently missed,” Nadrowski questioned.

Cotter reiterated which number to call, adding that he met with the garbage contractor last week to discuss the issue.

“When the truck got full, and the one driver left to go to dump over in Jersey City, the one guy was supposed to pick up where he left off, and they weren’t – they were skipping blocks,” Cotter explained.

He explained one of the recycling company’s complaints was that cardboard was put out loosely or mixed in with garbage instead of being bundled or put in recycling bins. Thus also sometimes leads to a conflict between the two vendors.

“If you’re doing a block, do the whole block,” Godesky-Rodriguez said.

“They’re not going to climb over the cars to get it. They’re just not,” Cotter responded.

“If we’re aware of it and see a pattern and can document it and have a real conversation with the haulers, it makes Director Cotter’s life easier because he knows what to instruct them on,” Nadrowski stated, encouraging people to call the number he mentioned.