Still in the midst of preparing for a multi-million dollar budget shortfall, the Hoboken City Council narrowly voted to increase parking fees for the second meeting in a row, this time uping meter rates in the business district from $1 an hour to $2 an hour.

“This is just a cash grab, real time availability means actually using technology to know where people want to park and relocating them to areas where there’s a greater propensity for parking availability,” said 1st Ward Councilman Mike DeFusco.

” … This again is curiously timed to the administration’s cleanup program of trying to find money to plug a seven to $14 million dollar budget deficit.”

Earlier this month, the council voted to increase fees for parking violations, permits and towing fees, as HCV first reported, all by a tally of 5-4.

The first reading in regards to the business district meter fees, which has the backing of the local chamber of commerce, was also approved.

At that same meeting, 2nd Ward Councilwoman Tiffanie Fisher said she believes the budget deficit, initially pegged at over $7 million dollars, was actually closer to $14 million.

While she didn’t want to refer to these measures as “a cash grab,” she was candid in that revenue generating initiatives were a necessity at this point.

“I wouldn’t call it a cash grab, is it a revenue generating activity? Yes. Is it time driven now because we have sensitivities around the budget? Yes. As I said last week, we have a giant budget gap that we have to fill and we have to look for a lot of different ways to fill it – potentially jobs are at stake, we have taxes potentially getting increased,” she explained.

3rd Ward Councilman Mike Russo, who like DeFusco voted against all parking fee increases last time, demanded to see statistical data that showed definitively that doubling the per hour meter fee in the business district was sound public policy.

Transportation and Parking Director Ryan Sharp argued that if 100 employees parked in municipal lots during the course of the business day, that would leave 100 street spots available for at least eight hours ago.

Additionally, 5th Ward Councilman Phil Cohen thanked the Hoboken Chamber of Commerce for their support before explaining why this was the right move across the board.

Later in the meeting, Fisher said that revenues from payment in lieu of taxes agreements were project the budget hole to be about $12.8 million, a figure that no one on the dais disputed or agreed with explicitly.

Former Business Administrator Stephen Marks said in a December 17th letter to Mayor Ravi Bhalla that the shortfall is $7,420,795, though Fisher said this morning that figure did not consider the surplus balance to the budget.

“He said his memo was written before they were aware of the magnitude of the surplus revenue shortfall.Â  So the memo addressed just a piece of the budget gap – approximately 50% – not the entire budget gap,” she said.

“The memo from Stephen Marks accurately depicted a budget shortfall of approximately $7.5 million due in large part to fixed costs, including rising healthcare, pension, and previously negotiated union contracts,” he responded. 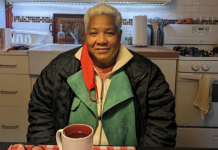