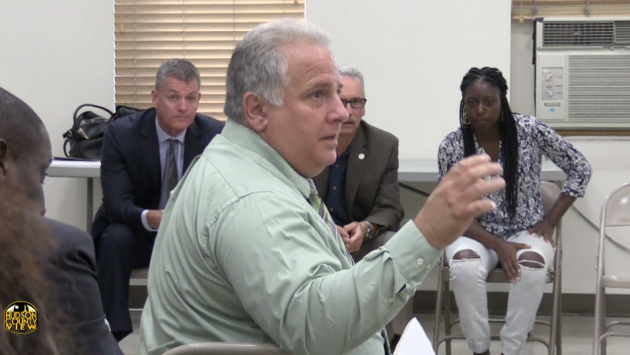 “It is further ordered that Philip D. Zacche forfeit all pension or retirement benefits earned as a member of any State or locally-administered pension fund or retirement system … at the time of the commission of his crimes and which covered his positions as a Jersey City police officer,” Mercer Court Superior Court Judge Mary C. Jacobson ruled on June 27th.

Zacche had retired about six months earlier, June 1st, 2017 to be exact, and made headlines at the time for receiving $512,620 in exchange for 450 unused sick and vacation days.

Grewal’s office initiated a lawsuit against Zacche on March 26th of this year, and according to a court affidavit filed by his attorney, Samuel Halpern, on May 15th, Zacche’s monthly pension is $11,915 before taxes and $9,987 after taxes.

In this document, Zacche argues that he is “not a wealthy man,” since the majority of his over $1 million net worth is attributed to his $450,000 home and three cars (he is married with three children), noting that his wife and youngest daughter are covered by his health insurance.

“If my pension is terminated, the insurance will terminate as well and I will never be able to afford COBRA. The financial impact of total loss of my pension and health benefits will be nothing short of cataclysmic,” he said at the time, also stating that he feels like he’s being punished for his crimes a second time.

State Attorney General’s Office spokesman Peter Aseltine said in an email that it was not unusual for the government to pursue a public official’s pension after they are found guilty of a federal crime.

“The Attorney General’s Office routinely files these actions in New Jersey Superior Court under the state forfeiture of public office statute when defendants are convicted in federal court of crimes that trigger the statute,” he said.

According to public records, Zacche’s most recent pension payment was sent in March 2019 and he has received $35,837.88 to date. Furthermore, the salary used to calculate his pension is $204,788, documents show.

A spokesman for the New Jersey Department of the Treasury did not answer an inquiry seeking to know the full value of Zacche’s pension.