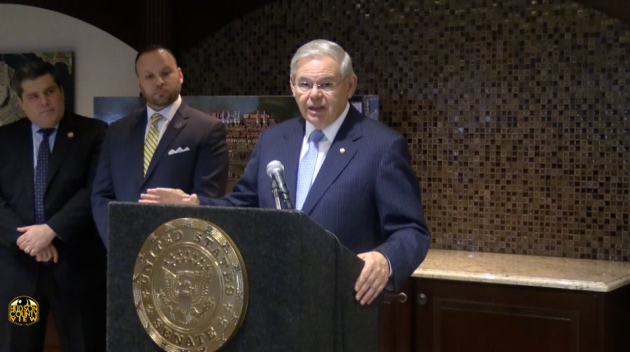 â€œBecause of our stateâ€™s proximity to New York and Philadelphia, as well as our major ports, airports and infrastructure, New Jersey will always remain a prime target for threats,â€ Menendez said in a joint statement.

â€œYear after year, I fight for federal funds to provide law enforcement agencies, first responders, and nonprofit organizations with the resources they need to boost their security efforts to keep communities throughout our state safe.â€

One of the beneficiaries of the Port Security Grant Program is GCT Bayonne LP, which will receive $1,063,841 in federal funding, while the Jersey City Fire Department and Emergency Services will get $281,250 from the same program.

Additionally, North Hudson Regional Fire & Rescue, the department that serves Weehawken, West New York, Union City, North Bergen and Guttenberg, has been earmarked for an $88,881 grant, with the City of Hoboken being allotted $60,100.

Rounding out the list of Hoboken-based Academy Express LLC, better known as Academy Bus, who is being granted $93,660 from the Intercity Bus Security Program.

â€œNew Jersey is home to some of our nationâ€™s most critical infrastructure and plays a significant role in keeping our workforce and economy moving,â€ added Booker.

â€œUnfortunately, we also know that these vital assets can be vulnerable to threats, so we need to ensure all levels of government are working together to protect them. This federal funding will provide our law enforcement agencies, emergency responders, and nonprofits the resources they need to keep themselves, our families, and our communities safe.â€

In total, New Jersey entities will see $57,621,214 from homeland security grants this year.